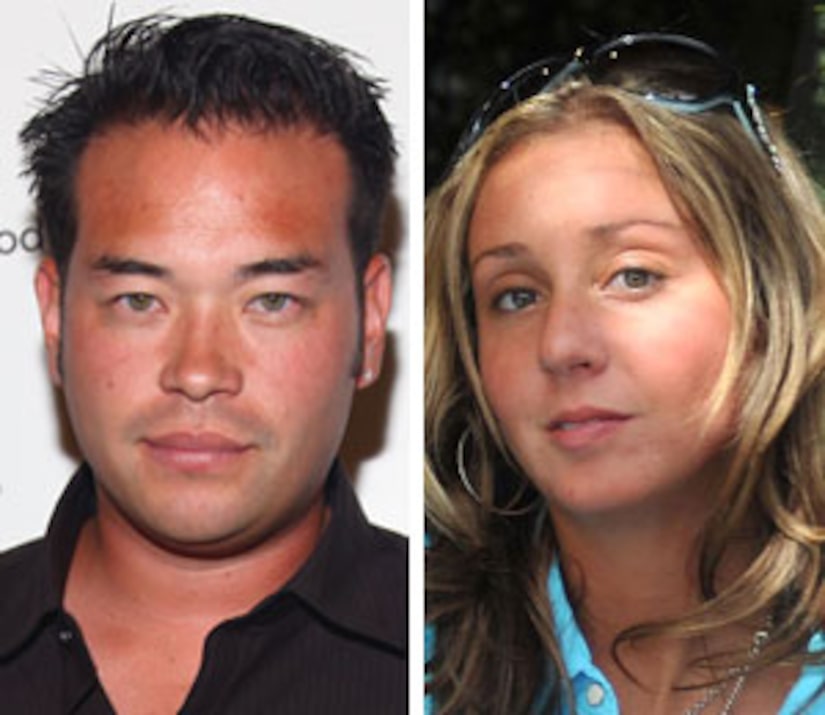 Reality TV dad Jon Gosselin says he stands by former girlfriend Hailey Glassman even though the 22-year-old has called him "abusive."

"I stand behind Hailey because she is the only person who has spoken the brutal truth about (yes this whole mess of a trainwreck) as it is described," Gosselin posted on his Twitter page Tuesday.

Gosselin added, "She has gotten the brunt of EVERYONE'S anger and disappointment."

The father of eight also gives props to estranged wife Kate. After she finally admitted on TLC on Monday that the couple split a year ago, she said she didn't remember who called it quits.

"Kate even slipped last night and admitted we split up a year ago! Though she claims she "didn't remember" who called it quits ... Hey at least she said 'didn't remember' instead of lieing," Gosselin misspelled on Twitter.