"Iron Chef" Mark Dacascos tried -- and failed -- to cook up some magic on the dance floor with Anna Trebunskaya while partner Lacey Schwimmer was on sick leave with the flu. 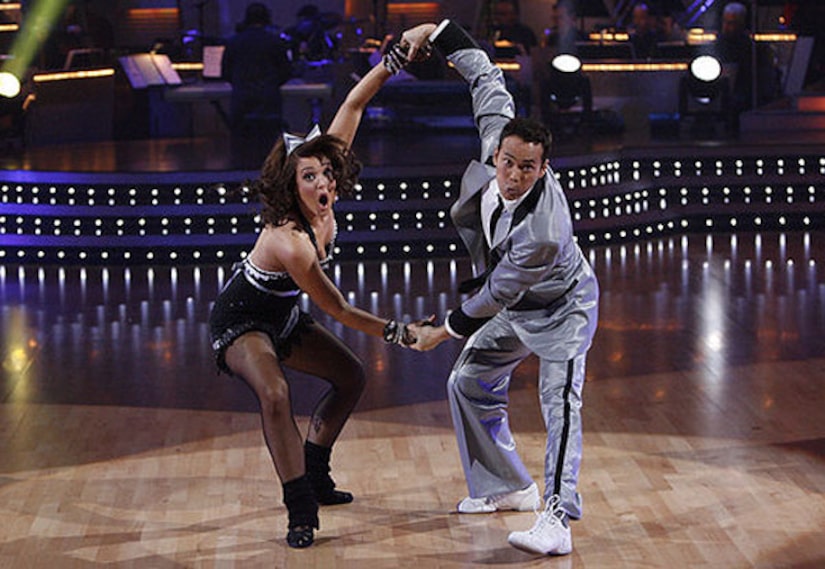 "My guess is either eliminated or dancing the knockout dance," Mark told "Extra" after his performance, which Carrie Ann called "a mess." Dacascos and Trebunskaya found themselves at the bottom after the group and individual dances last night.

Check out the Dancing with the Stars glamour shots

Schwimmer isn't the only dancer battling the flu -- Donny Osmond is the latest competitor to feel under the weather. "I'm really fightin' it hard," Donny told "Extra." "Hopefully I'll get some sleep tonight."

Kelly Osbourne was still upset about being labeled "beige" last week, and had a meltdown during rehearsal.

The former reality star was able to dry her tears and nail her dances, even thanking the judges for ripping on her dance last week so she could be motivated to do well. "I had the biggest cryin' fit with Louis," Osbourne admitted to "Extra" after the show. "It went way worse than you saw."

Will Dacascos be saved by fans, or will the chef be asked to pack up his dancing shoes and go? Two contestants say goodbye tonight on "Dancing with the Stars."