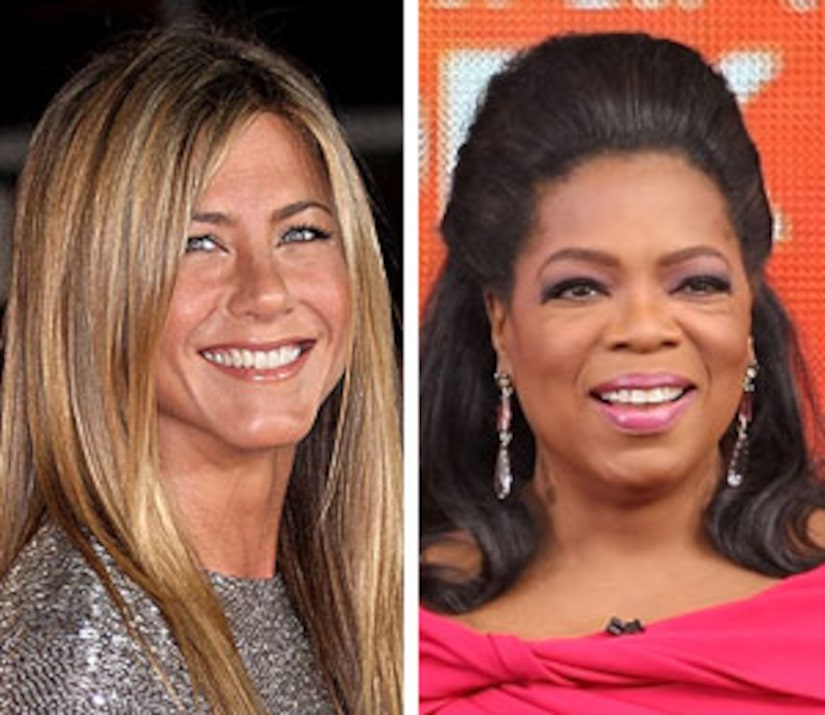 Jennifer Aniston's rep has dismissed rumors that the actress is filming a weekly show for Oprah Winfrey's cable network, OWN.

Rumors began circulating over the weekend that the former "Friends" star was returning to television to film a weekly talk segment for Oprah's network, but Aniston's rep tells "Extra" the reports are "not true."

Aniston, 40, is currently working on three films scheduled for release in 2010.

When she was 11, one of Jennifer's paintings was placed in the Metropolitan Museum of Art.

Jen offered to be Matthew Perry's personal trainer in 2002 to help him lose weight.

In high school, Jen was known as a class clown.

Despite her jet-setting lifestyle, Aniston has a fear of flying.

Aniston invented “The Rachel,” a widely copied hairstyle of the 1990s.

Jen was slapped by a 'Santa' during her early years in New York City.

Jennifer was once recognized by a fan when she was naked in a sauna.

Jennifer refused to invite her mother to her wedding to Brad Pitt after she insulted Jennifer in the tabloids. They made up in 2005.

Jen and future husband Brad Pitt met on a blind date in 1998.

Through her mother, Jennifer is a direct descendant of the royal House of Stuart of Scotland.

Fit on the Radio

Jennifer appeared as the Nutri-System girl on the Howard Stern show.

From Monica to Rachel

Aniston originally auditioned for the role of Monica Geller on the show “Friends,” but persuaded producers that she was better suited to play Rachel Green. She later won an Emmy for her work as Rachel.

After graduating, she began performing in several off-Broadway productions, including "For Dear Life" at the Public Theater, while working as a bicycle messenger among other odd jobs to pay the rent.