As Cara and Mady Gosselin celebrate their 9th birthday, feuding parents Jon and Kate still refuse to play nicely when it comes to the party plans. 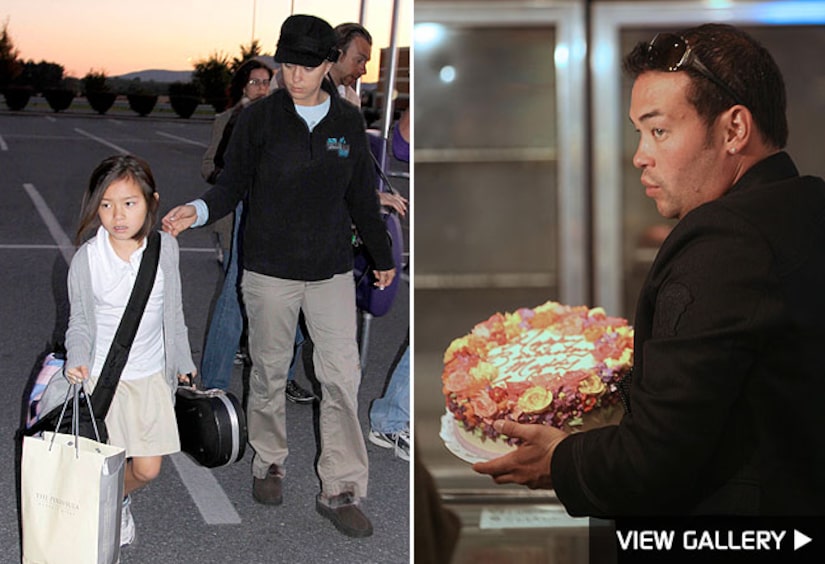 Kate was spotted in Pennsylvania dropping-off the birthday girls at the bus stop this morning. Word is, Kate only wants to give Jon a few hours with the twins today -- and Mr. Gosselin isn't having that.

Jon, showing off the girls' birthday cake to paparazzi in New York, says he won't be scared out of the couple's home by his estranged wife. "I got no reason to run and I got nothing to hide."

The reality dad also revealed the birthday gifts he bought for his little ones. "Mady got a laptop and Cara, I got a four-wheeler." Later, Jon was spotted out with girlfriend Hailey, who told paps to stay out of their high-profile relationship. "I don't think it's nobody's business... it's nobody's business."

Kate filmed a paparazzi spoof for the "Jay Leno Show" last night, but remained mum today when shutterbugs asked about Jon coming to celebrate the birthday.