"Dancing with the Stars" pro Karina Smirnoff would rather shimmy in the nude than wear fur. Yowza! The sexy dancer was shot by celeb photographer Robert Sebree for PETA's new ad campaign. 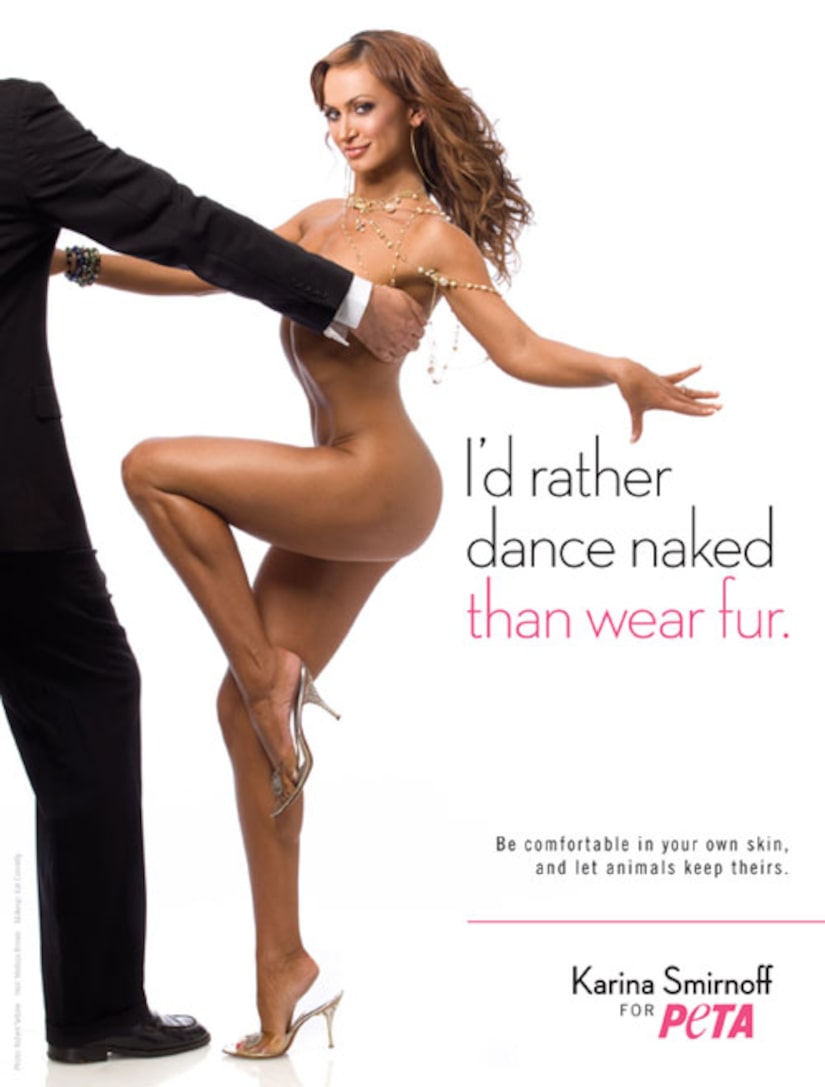 "I did wear fur, especially when I was growing up in the Ukraine," Smirnoff tells PETA. "But there are ways of being warm and being fashionable without being cruel."

The 31-year-old stunner stopped wearing fur after watching footage of baby seals being killed for their pelts.