Audience, put down your remote -- Neil Patrick Harris has kicked off the 61st Primetime Emmy Awards! 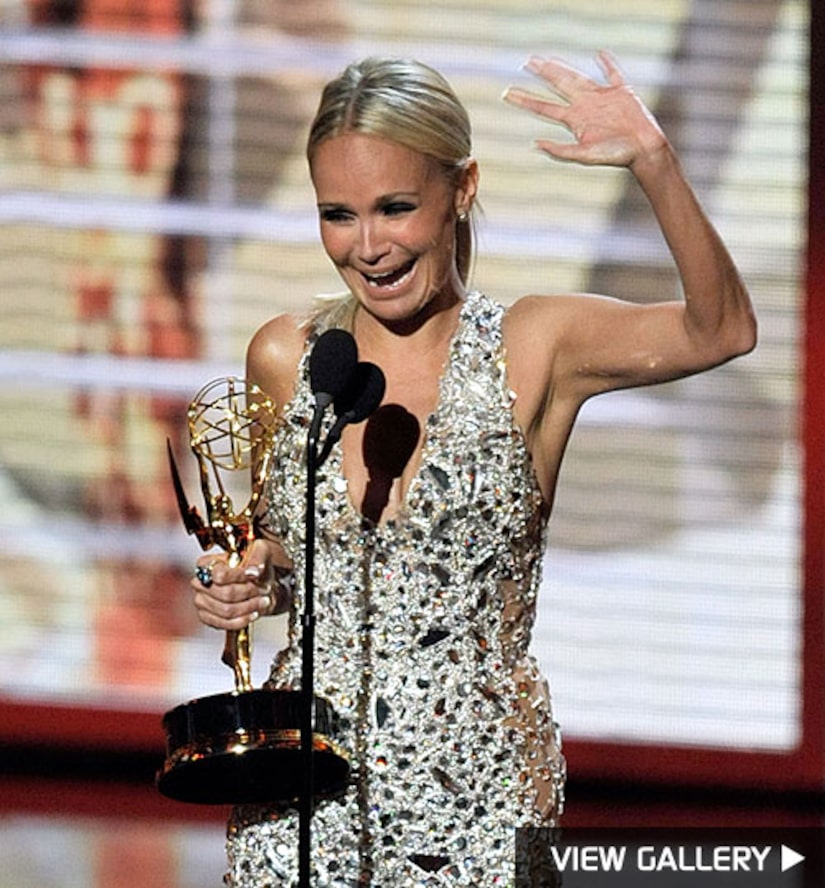 The "How I Met Your Mother" star -- and show host -- began the awards ceremony with a song-and-dance number to "Put Down the Remote," in which Harris poked fun at the Emmy nominees.

"Two and a Half Men's" Jon Cryer and "Pushing Daisies" star Kristin Chenoweth were among the early winners at the awards show, for their supporting roles in a comedy series. After receiving his statuette, Cryer joked to "Extra" that he would give co-star Charlie Sheen a copy of his Emmy, but not the Emmy itself.

Chenoweth, crying, accepted the her award and said, "I don't know why I'm crying. I'm unemployed now, and I'd like to be on 'Mad Men.' I also like 'The Office' and '24'." Backstage, Kristin told "Extra" she was emotional from the win, and wished her castmates were with her. Chenoweth also dished that her dream co-star would be Amy Poehler, and if she hadn't taken the award for Best Supporting Actress, she would have wanted Vanessa Williams for "Ugly Betty."

Alec Baldwin and Toni Collette took home Best Actor and Actress statuettes for their work on "30 Rock" and "The United States of Tara," respectively.