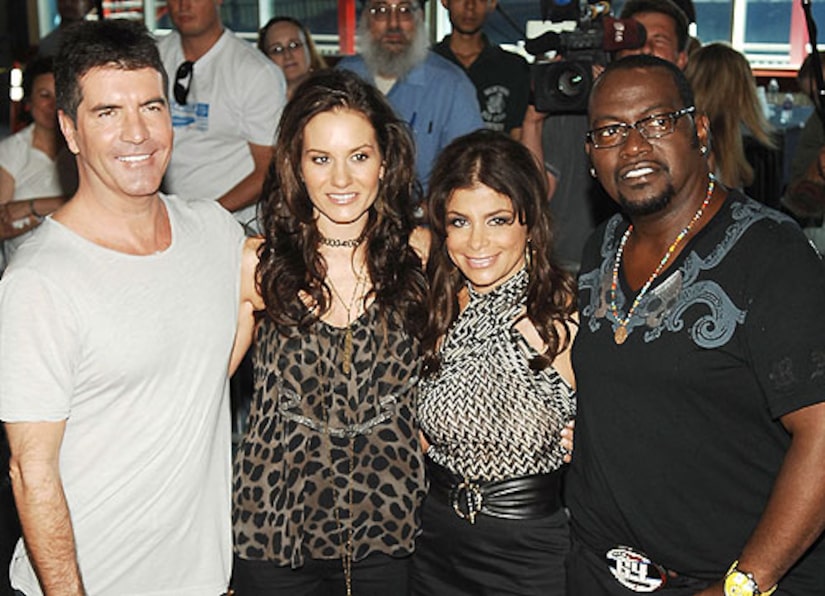 "I am sad," Simon admitted at the Denver auditions for the show. "She was like my best buddy, really, on the show. And you only realize how much you miss somebody when they're not there."

Jackson shared Cowell's disappointment at Abdul not returning to the judge's table. "She started on this journey with us together. Me and Ryan and Simon and her (sic) started this journey together. So, really shocked and really sad."

Randy adds that he isn't worried about Paula succeeding during her post-"Idol" days. "We love her. I'm sure she's going to be great whatever she decides to do and wherever that takes her. But she's still family she's still part of this as far as I'm concerned."

Kara wore black to the auditions and praised the support Abdul gave to contestants. "She was really the heart of the show. Incredibly nurturing to the contestants and was like that for me last year."

Host Ryan Seacrest also shared his sadness that Paula won't return to "Idol," and gave "Extra" an update on how Abdul is doing. "She seems to be doing just fine," Ryan shares. "It's one of those things that, as an outsider looking in, you hate to see it get to that situation where somebody feels like they've got to go and do something else but, we're there for her. We'll support her and hopefully we'll all be doing this for a long time."

Seacrest adds, "You never want to see anybody leave something like this, so we wish her the best we love her we've been friends for a long time."