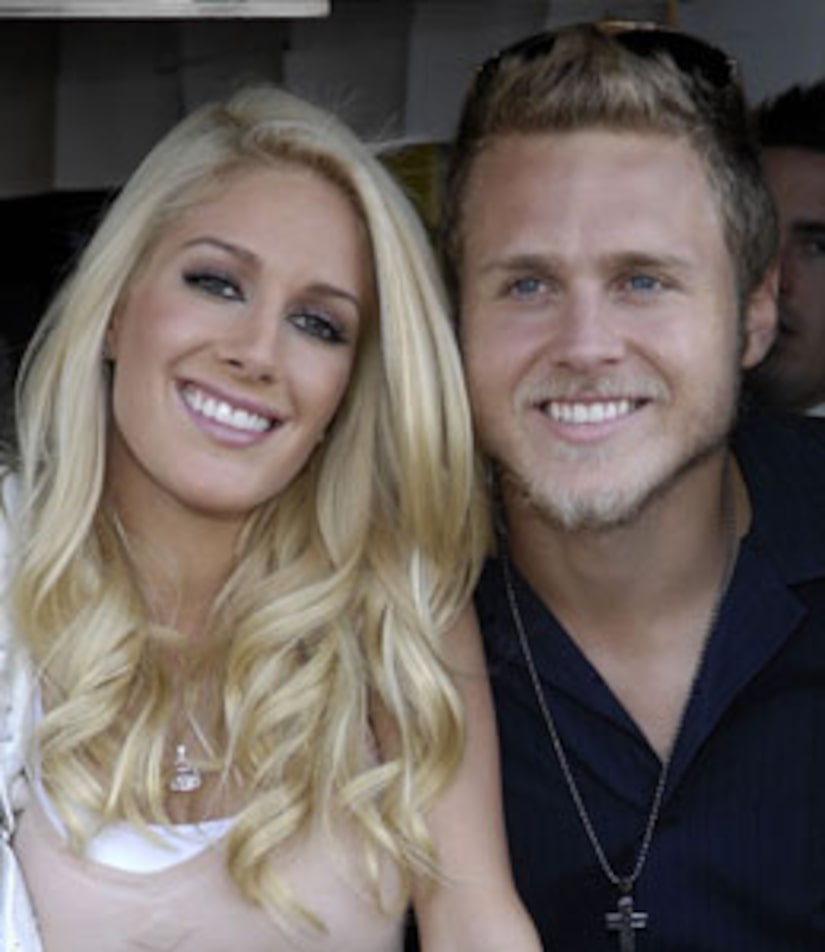 After Heidi and Spencer Pratt said they quit, the reality couple has now announced they plan to continue competing on "I'm a Celebrity ... Get Me Out of Here!" Phew, that's a relief!

Spencer's younger sister Stephanie and friend Spenser (with an "s") were photographed at LAX on Tuesday underneath black sheets, acting as a decoy, fooling paparazzi and the public into thinking the newlyweds had returned from Costa Rica.

"The Hills" honeys looked like they were leaving for good on Tuesday night's show. Spencer slammed his fellow "celebrities," saying, "Super-celebrities don't belong in the jungle. They belong in Hollywood with the paparazzi."

Heidi told the other contestants they would be missed and that they should call when they return to L.A.