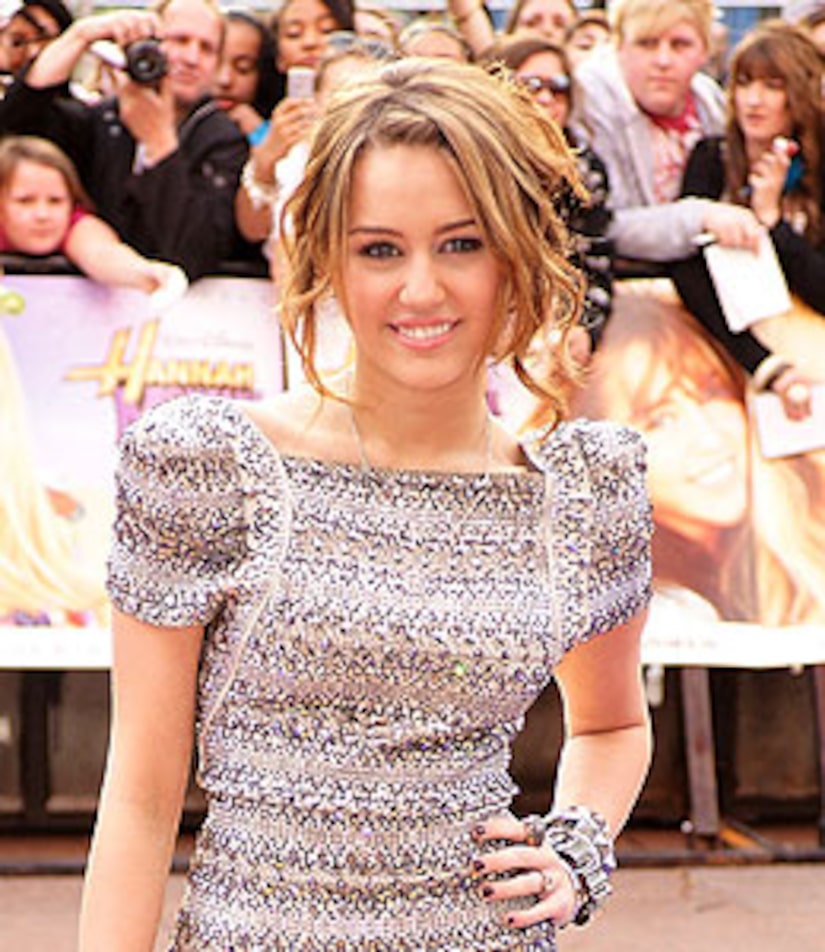 "Hannah Montana" star Miley Cyrus has signed for a fourth season of the hit Disney show!

A rep for the Disney Channel tells "Extra", "Miley and the producers have proposed a change of setting for Season Four that will provide the catalyst for wonderful new characters and further expand the storytelling opportunities."

Shooting for the third season ends this week, and the "Hannah" cast will start on season four early next year. In March, the Disney princess revealed that while she wasn't set on doing another film about the franchise, she wanted to return for another season. "I don't know if I would do another film," Cyrus confessed to Us Weekly, "but I would love to do another season. That would be what we would all agree on."

Miley will spend the summer shooting "The Last Song," a flick written especially for her by Nicholas Sparks, author of "The Notebook."