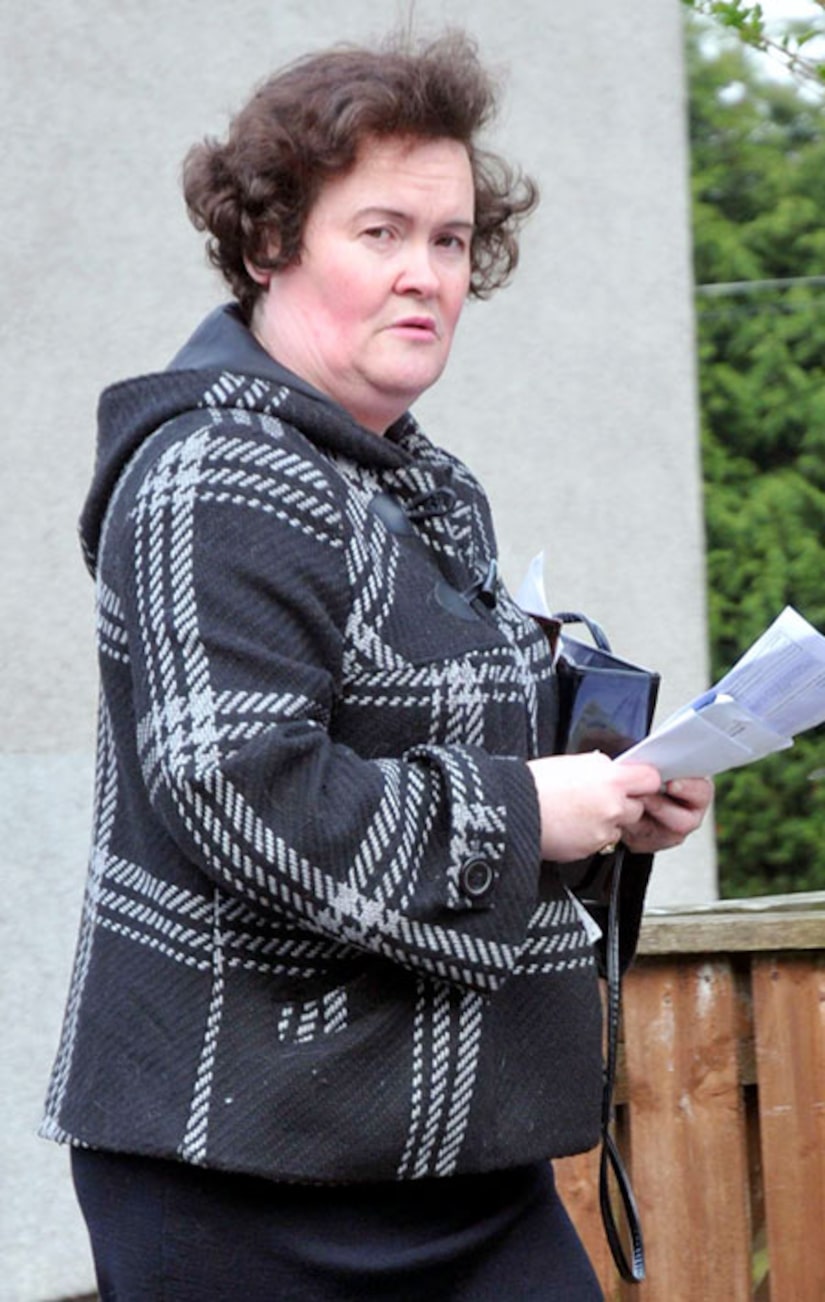 According to British reports, police had to intervene when Miss Boyle went off on two strangers in the lobby of London's Wembley Plaza Hotel on Wednesday.

Boyle was overheard shouting, "How f***ing dare you! You can't f***ing talk to me like that."

On Thursday, "Talent" judge Piers Morgan revealed on CBS' "Early Show" that the singing sensation has "been in tears the last two days" and Boyle has even "threatened to leave the show." Piers added, "You have to remember, with Susan, she's a 48-year-old lady from a tiny village in Scotland who has never been exposed to anything like this kind of attention. And I think she's really feeling the heat."

After Boyle's "I Dreamed a Dream" performance caused a worldwide frenzy, she told "Extra" the attention was "overwhelming," but that she's "enjoying it very much."

The "Britain's Got Talent" finale takes place May 30 -- with the winner receiving £100,000 and a chance to perform at the Royal Variety.

Do you think Susan will win "Britain's Got Talent"? Vote now!