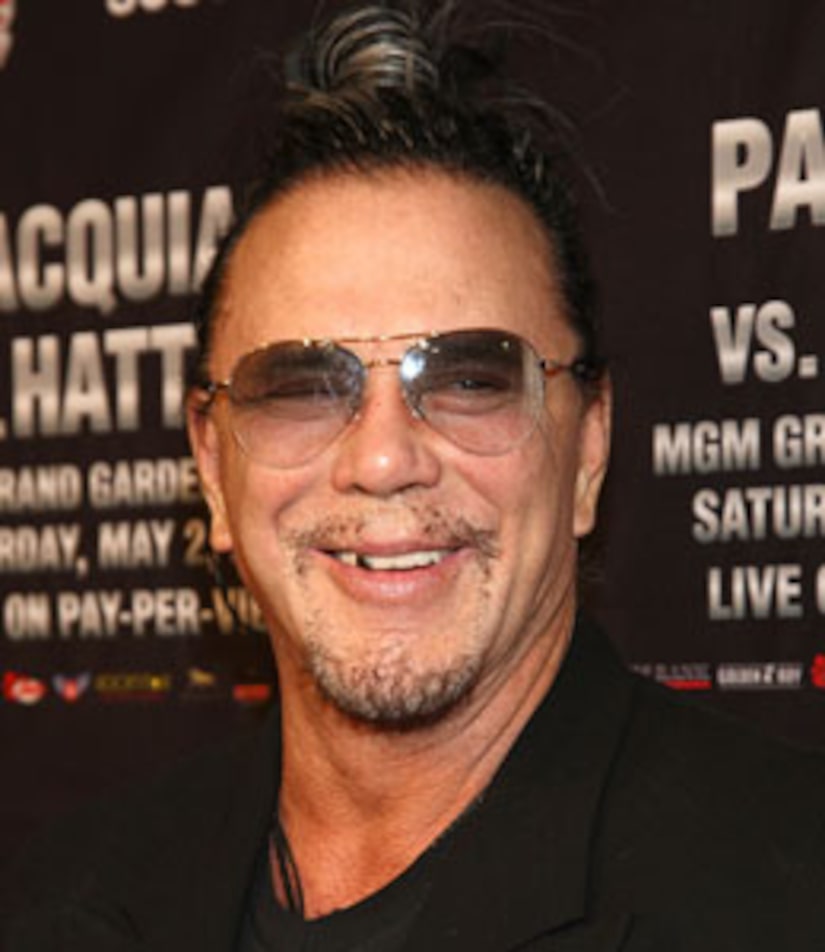 It's official -- WWE and Mickey Rourke are teaming up for WrestleMania this Sunday in Houston!

Rourke will be on hand to support Ric "Nature Boy" Flair, Jimmy "Superfly" Snuka, "Rowdy" Roddy Piper and Ricky "the Dragon" Steamboat -- his WWE Hall of Fame friends -- as they face off against WWE Superstar Chris Jericho.

Chris and Mickey's rivalry began when Rourke challenged Jericho to a WrestleMania match during an interview with "Extra" on the red carpet for the SAG Awards. The Oscar nominee looked into the camera and said, "Chris Jericho, I'm coming after your ass. You better get in shape brother!"

Rourke became a professional boxer back in 1991 and played the role of a wrestler in the highly-acclaimed flick "The Wrestler."