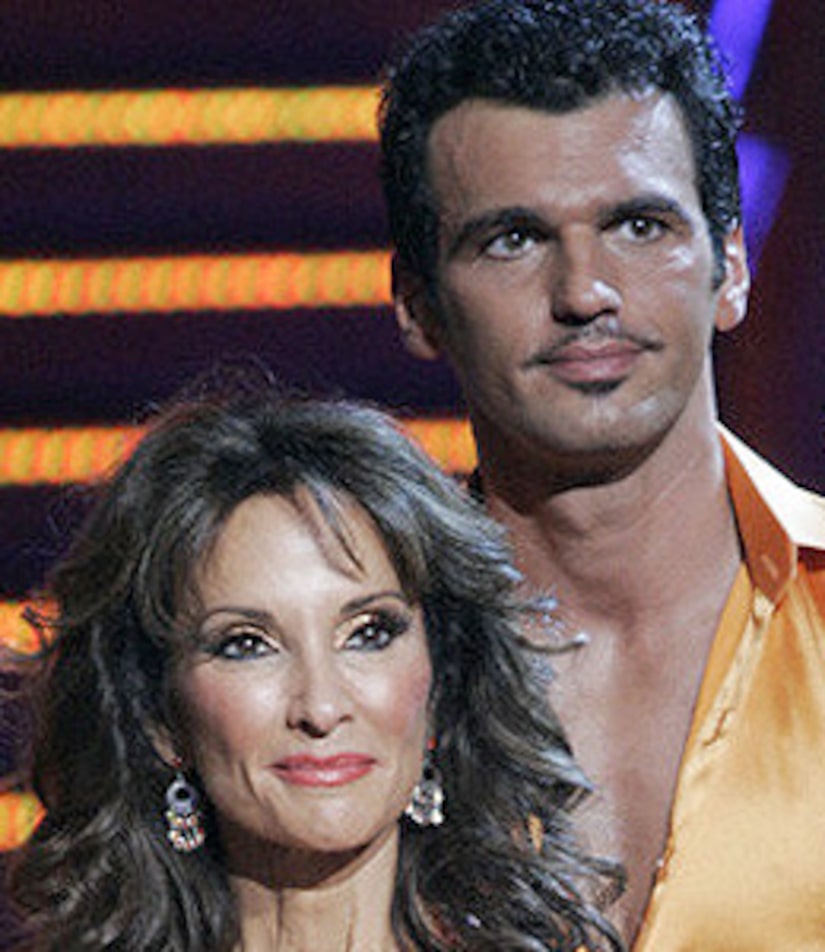 She has won an Emmy, but daytime diva Susan Lucci will not be winning the mirrored ball on "Dancing with the Stars."

Lucci and partner Tony Dovolani received the lowest number of viewer votes for their performance of the paso doble on Monday night's show. The judges scored the routine a weak 24 out of 30.

The team routine scores, combined with the partner dancing scores and viewer votes sent Lucci packing. Susan will return to her day job in Pine Valley as Erica Kane on "All My Children."