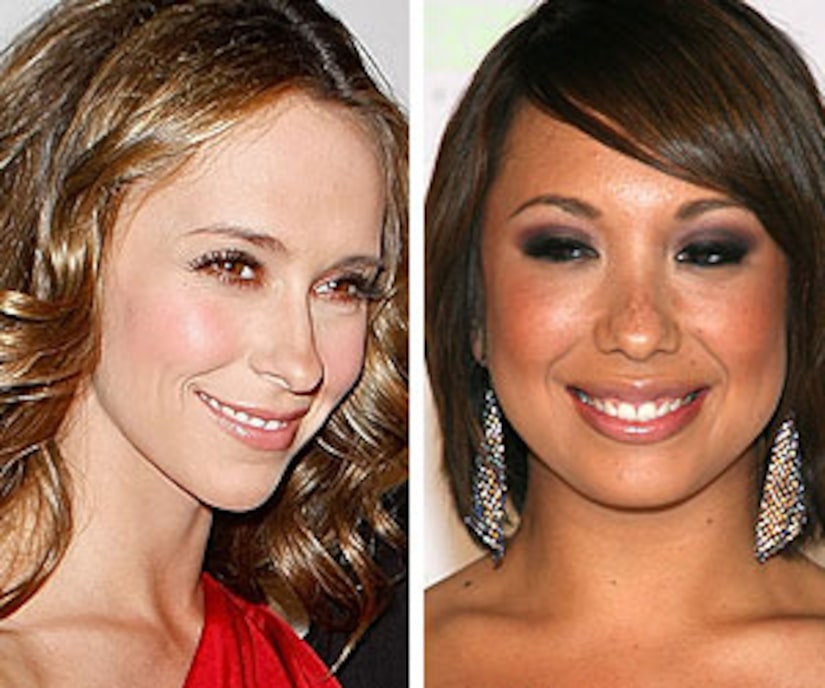 "Cheryl Burke is so beautiful and an amazing dancer and that's what people should concentrate on," Hewitt said on the "Ellen" yesterday, as reported by People magazine. "It's really insensitive. I think people feel like people don't have any feelings."

The "Ghost Whisperer" actress also addressed her own body issues -- and nixed rumors that her recent weight loss was because of the negative attention she received in January. "My body just changed," Jennifer said, adding that she's training for a marathon. "When you're running that much and working out like that, that's what happens. I was happy with myself in those photos, and I'm still happy."

Burke has received flak from bloggers and most recently fellow "DWTS" pros Louis Van Amstel and Maksim Chmerkovskiy, for gaining a few pounds in the past six months.