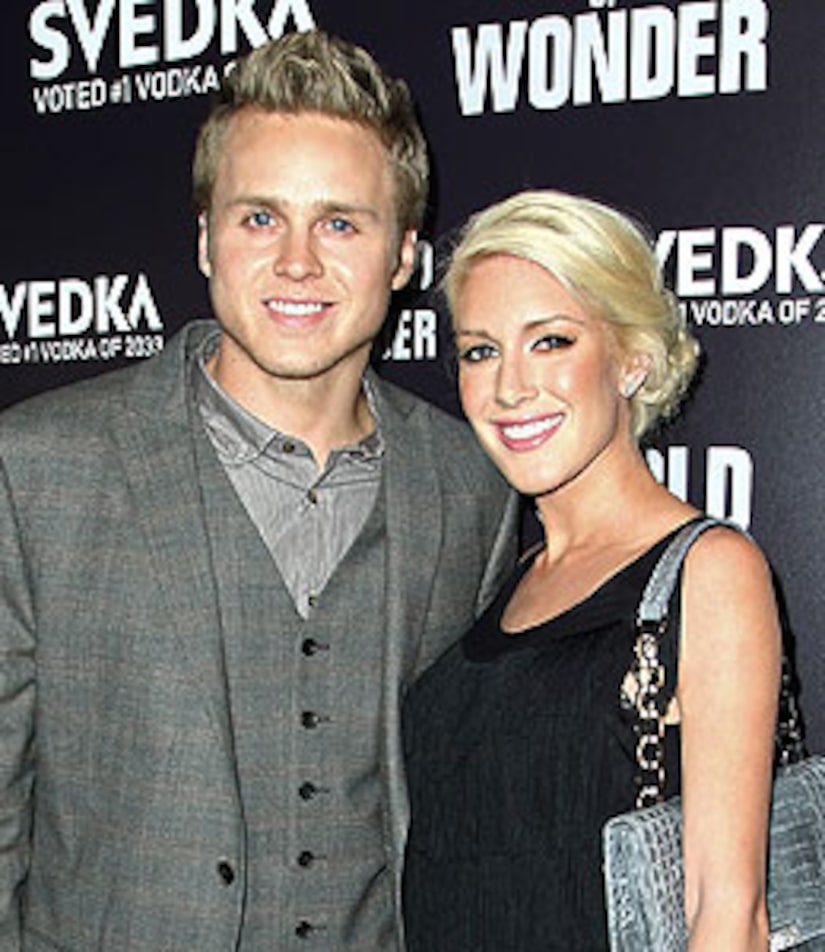 "Extra" caught up with reality villains-turned-politicos Heidi Montag and Spencer Pratt -- who dished on the possibility of a Heidi presidential platform, supporting the GOP ticket, and reports that Lauren is leaving "The Hills."

Paris Hilton has launched a "presidential campaign" after John McCain likened Obama to the heiress in one of his ads. Now, Speidi answers this question -- Paris or Heidi for president? "I don't think Paris can compete," declares Montag. Pratt adds, "There's no President with sex tapes."

The fair-haired duo also explained recent photos where they're snapped in McCain/Palin garb and Spencer is carrying a gun. "It's in the Constitution, to bear arms," said Heidi. "It's very important to be able to protect yourself if somebody breaks in or from gangs or riots." Spencer chimed in, "Have you ever called the police and had to be put on hold?" Heidi responded, "Not in my house!"

Speidi also put in their two cents about the recent controversy over the GOP spending $150K on Palin's campaign wardrobe. "Heidi was the one who bought Sarah Palin that $150,000 worth of clothes," Pratt joked, before adding, "Come on. What do you think Obama is spending on his suits? I don't think he's getting them at Gap or Target."

While reports suggest that the majority of Hollywood is favoring the democratic ticket this November, Pratt believes that the Republican Party might have more supporters in Tinseltown than is apparent. "We actually believe that everyone is all about McCain/Palin, but they're scared -- nervous," said Spencer. "People go around saying they're voting for Obama and when they get in that booth, I don't see it happening. He doesn't have the experience."

Lauren Conrad recently told "Extra" that she is thinking about retiring from reality TV -- to which Pratt responded, "I personally would be heartbroken if we didn't get to watch LC on MTV anymore. I'm praying, doing anything in my power to keep LC on TV. Hear me LC -- we need you on TV. We look up to you."

"Extra" reconciled former friends Lauren and Heidi at an after-party for Conrad's L.A. fashion show. "We actually owe the reconciliation to 'Extra'," Pratt said. On patching things up, Montag stated, "I'll see her hopefully soon or we'll figure something out. It was so good to see her and congratulate her on her fashion show. It was the first time I've seen her in like two years."