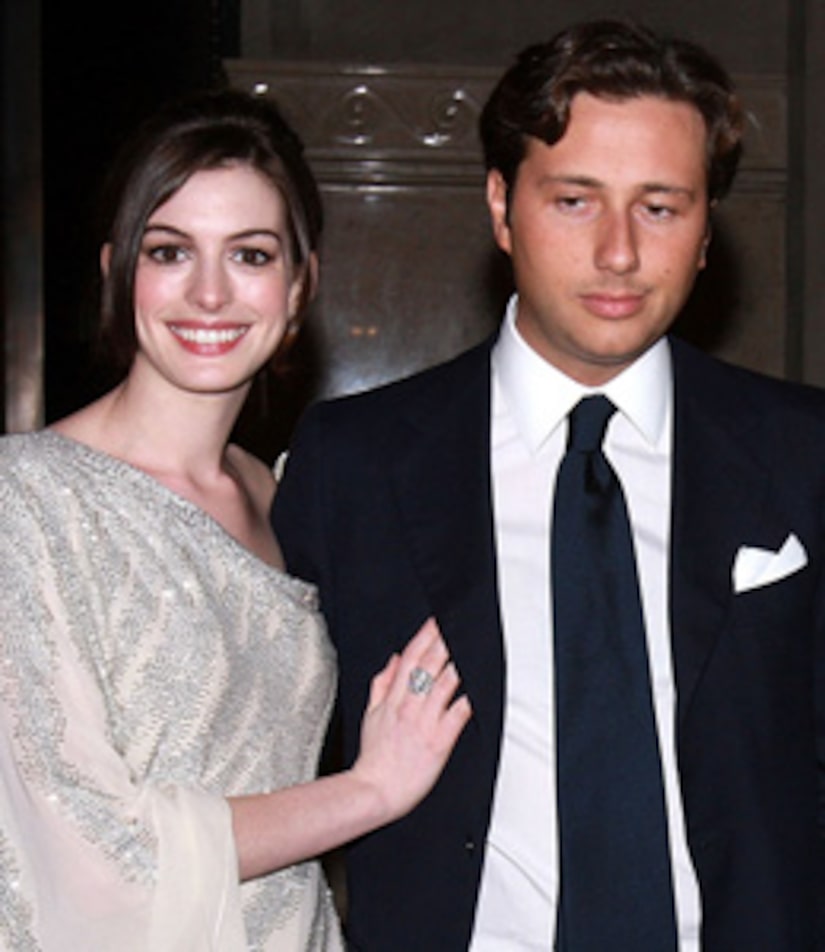 Follieri, 30, was arrested in June and accused of lying to investors. He claimed to have financial connections to obtain property deals through the Vatican, and he swindled funds for a trip to the Dominican Republic with Hathaway and another couple.

According to the complaint, Follieri also used investor funds for a $37,000-a month apartment, medical bills for himself and Hathaway, as well as for orthodontist bills for his father.

Follieri faced up to 265 years in prison, but in a plea deal chose not to appeal a sentence less than 63 months in prison. The U.S. Attorney's office reports the plea agreement forced Follieri to forfeit $2.44 million, 12 wristwatches and nine pieces of fine jewelry. He also lost Hathaway, who dumped him in June just before his arrest.