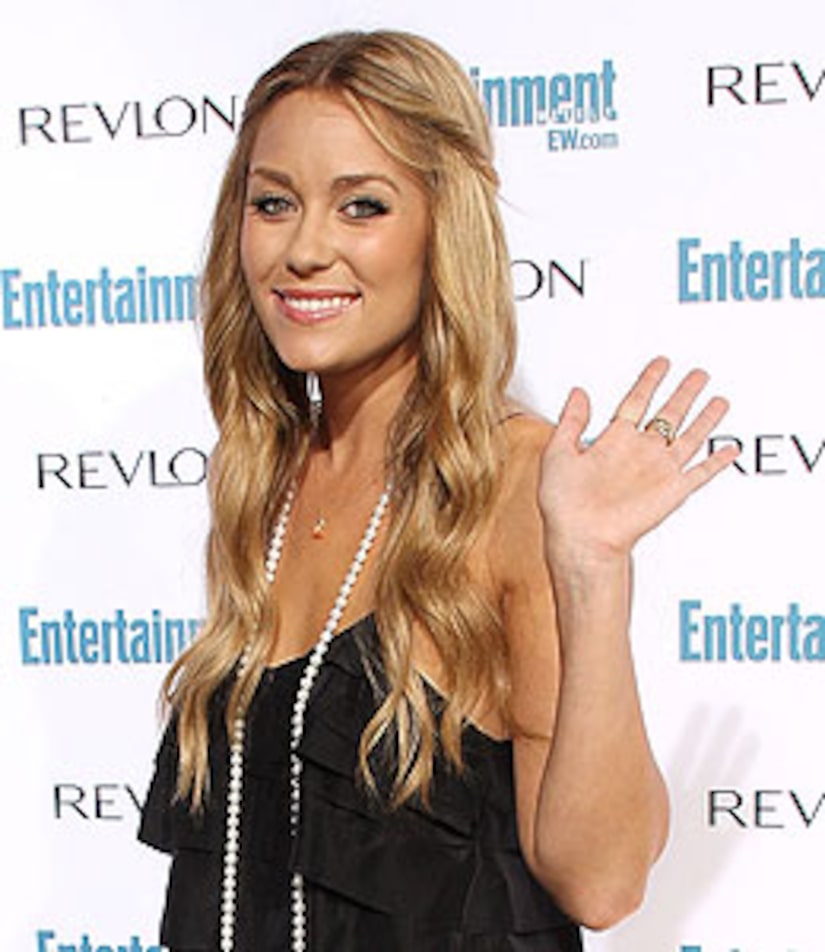 Lauren Conrad is gearing up for her second run at L.A. fashion week with her self-titled clothing line, and the reality starlet is opening up about a fire scare, friendships in the media, Whitney's spin-off show "The City" -- and why she may be ready to say adieu to "The Hills!"

"It's coming to a point where I love this show so much, but I'm ready to kind of walk away," Lauren admits of her hit MTV show. "I've been doing it for five years now. Five years on TV is a really, really long time."

The fashion designer recently had a scare in the wake of the wildfires burning their way through Southern California. "Where I have my production offices -- there were fires all around them and there was no electricity. My entire collection was there and they couldn't get to them." L.C. said. "They actually just got into the factory and were evacuated again but they luckily had all of the samples with them."

The former "Laguna Beach" girl also dished on how the media attention has affected relationships with her gal pals, saying, "It makes it more difficult. It's more difficult when not only everyone knows about your problems, but they make them worse because things escalate and things get twisted. It's hard to have an actual friendship be torn apart in the media."

Most recently, Lauren has been dealing with media flack after rumors swirled that she hooked up with BFF Audrina's ex-beau, Justin Bobby. While L.C. and Audrina haven't gone into details about the rift, Patridge recently revealed to "Extra" that she was done with the motorcycle-riding bad boy, stating, "We aren't together anymore."

Lauren's former friends are the least of her worries on the eve of her second fashion week runway show. "I'll be stressed up until it's done," Conrad admits. The fashionista picked the final hair and makeup looks at Warren-Tricomi Salon in Los Angeles for tonight's show. "The whole show I wanted to do really girly -- I wanted to have fun with it."

Conrad also dished about fellow designer and friend Whitney Port, saying, "Whitney and I have opposite styles. They're different styles, different lines, and different price points." As for Port's upcoming reality show, "The City," Conrad commented, "I'm so proud of her for this next show. I think that in 'The Hills,' she never really let them film her personal life... She hasn't really experienced the whole 'put your personal life on TV' thing."

So will Conrad make a cameo on "The City?" The starlet responded, "Not that I know of. That's Whitney's deal. I'll be watching."