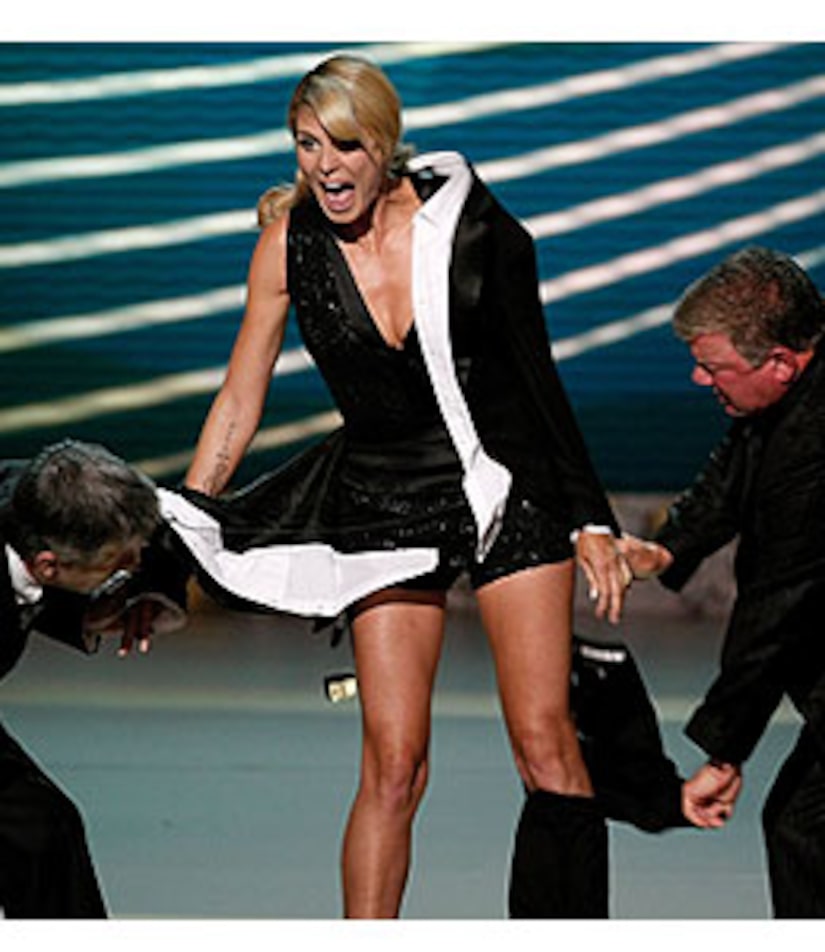 The 60th Primetime Emmy Awards is in the history books. Celebs don't have to worry about fitting into fancy gowns and tuxedos... until the next big awards show comes to town.

Hosts Ryan Seacrest, Heidi Klum, Tom Bergeron, Howie Mandel and Jeff Probst opened the show in matching tuxes. Miss Klum did not stay covered up too long, when Bergeron, with the help of William Shatner, stripped the hostess to a next-to-nothing sequined top and matching booty shorts.

"Best Supporting Actor for a Comedy Series" winner Jeremy Piven smooched presenter Amy Poehler's very pregnant belly and casually stepped up to the podium to give his acceptance speech.

The award the 5 Emmy hosts had been waiting all night for was "Best Host for a Reality or Reality-Competition Program." The tension was so thick; you could have cut it with a spork.

And like any good reality show, presenter Jimmy Kimmel tossed it to a break. "Survivor" host Jeff Probst was the surprise winner.