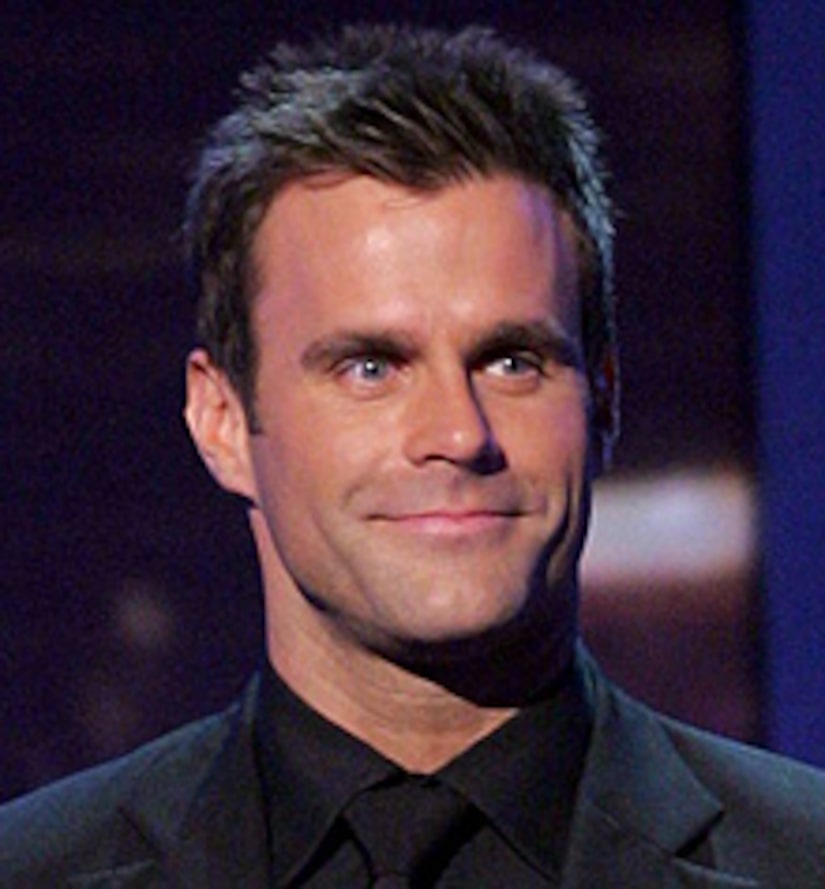 The men of “Dancing with the Stars” took the stage last night and proved they can keep up with the ladies!

“I'm kind of at a loss for words,” she said after watching his performance.

Albert explained his secret weapon, admitting, “I was just really pumped up. I had three Red Bulls before we went on stage!”

“Once I showed him my strong side he started listening to me!” she said, flexing her muscles. She returned to practice with an apologetic Floyd.

“Extra's” own special correspondent Cameron Mathison, who took a slight tumble on Monday, was steady on his feet last night.

“I was a lot smoother down the stairs,” he said.

His partner Edyta Sliwinska joked, “I don't know if you know, but we walked twice slower than yesterday!”

Still, the judges thought Cameron performed his foxtrot pretty well; they gave him sevens all around.

But what's easier for Cameron: working in the “Extra” newsroom or dancing in the ballroom?

“Definitely 'Extra,'” he said. “By like a million percent.”

“You were firing on all four cylinders,” Judge Len Goodman told him. The couple walked away with 25 out of 30 points.

Meanwhile, billionaire Mark Cuban, who recently underwent hip-replacement surgery, was a bit nervous before the show.

His partner Kym Johnson told us, “He was pacing up and down the hallway, doing it over and over again.”

But Mark insisted, “I wasn't nervous, but I had nervous energy!”

The judges were kind to Mark, giving him 21 points. He enthusiastically exclaimed that he'd never had so much fun in his life.

He revealed, “I carry an angel, a little coin with me, that my daughter gave me.”

Tonight on ABC, viewers will find out which dancer's luck ran out when the results show makes its first elimination.