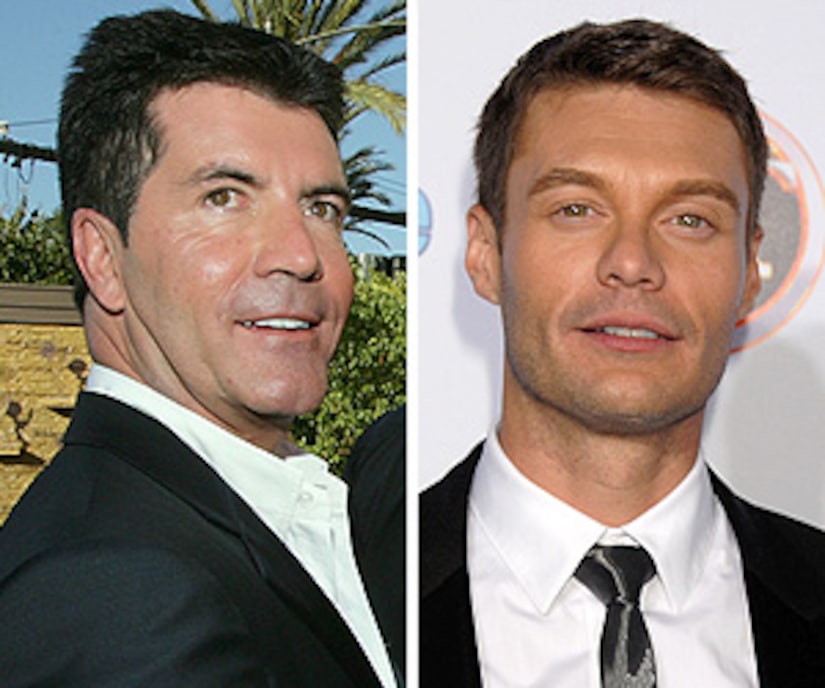 "Extra" caught up with Simon Cowell at the TV Guide after party last night, where the "American Idol" judge rated Ryan Seacrest's hosting gig for the Emmys.

"There were a few uncomfortable moments," Simon told "Extra." "We were expecting a two, so I'm going to give him a two-and-a-half. So he did better than expected."

As to whether the gang had spoken to Seacrest post Emmys, Cowell said, "No, he's gone into hiding." Randy Jackson added, "Deep hiding."