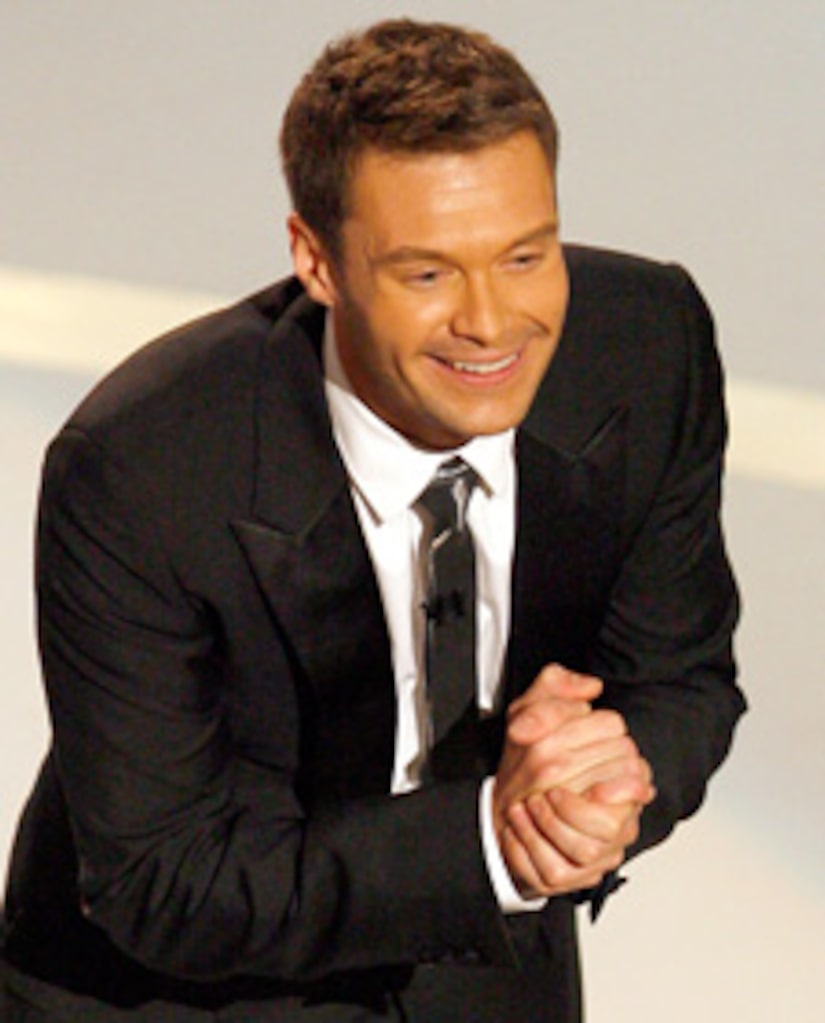 Ryan Seacrest made his Emmy debut, without the singing and dancing he had promised.

The "American Idol" judge took the stage and admitted, "I know some people were skeptical about my hosting," then he called out, "Simon?" as the crowd laughed.

Earlier this week, Simon Cowell told "Extra" he had low expectations for his "Idol" co-host.

"The worst thing that can happen, which I've said to him, is publicly humiliating yourself in front of all of America."

Ryan must have heeded Simon's warning, because instead of an elaborate song-and-dance, the introduction for the show was kicked off by animated characters from the FOX series "Family Guy."

Brian, the family dog, and Stewie, the show's scheming baby, launched into a satiric song called "If You Want It You Can Find It on TV" that took poked fun at many of the nominees.