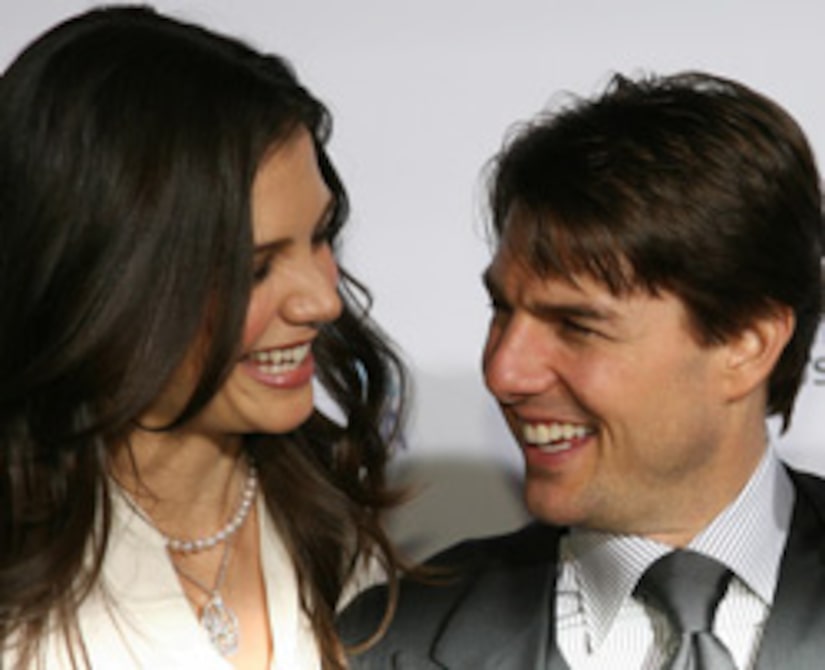 They are already one of most popular power couples in Hollywood, but are Tom Cruise and Katie Holmes about to take their fame to the next level?

TomKat reportedly wanted to follow in the footsteps of pals David and Victoria Beckham and pose for their own steamy photo spread in W Magazine.

Tom, 45, and Katie, 28, supposedly wanted to show the world their sexier side, and were itching to make the shoot even hotter than the Beckhams' - by appearing almost naked!

One idea reportedly called for the couple to pose dripping wet in a shower.

But Tom's reps tell "Extra" that rumors of a sexy spread aren't true.