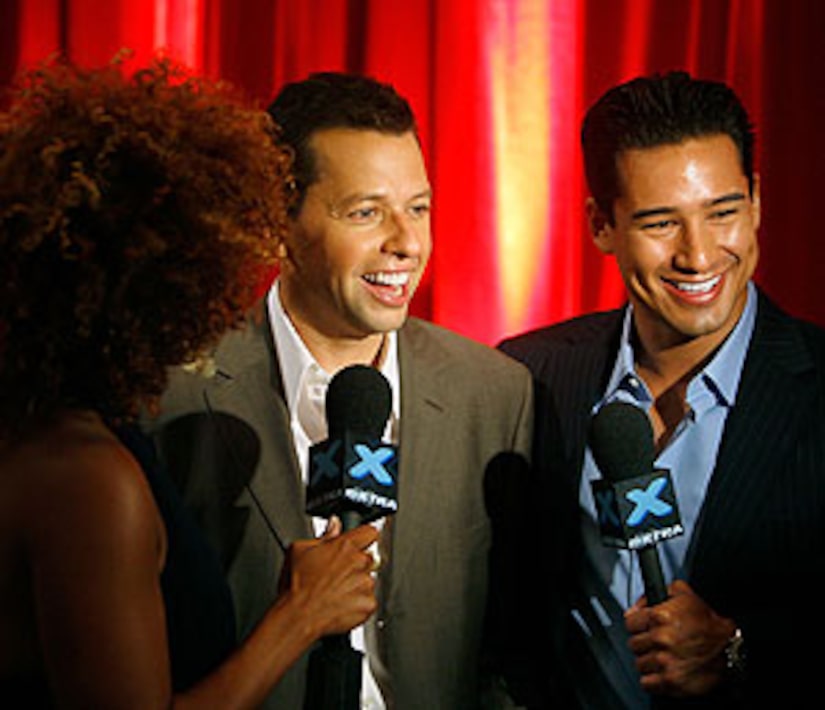 Jon Cryer is on top of the world!

“Extra” caught up with the “Two and A Half Men” star and his new bride, Lisa Joyner, early this morning after the actor announced this year's Emmy nominations and found out he is also up for his own award.

Meanwhile, Jon had nothing but great things to say about his co-star, Charlie Sheen's, bride-to-be.

“Congratulations Charlie! We're incredibly happy for him," he said. "Brooke is so lovely. They're great for each other.”