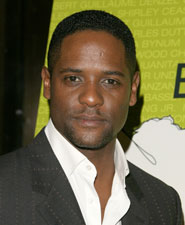 Blair Underwood may be smoking hot, but he’s not just another pretty face.

This actor and director is a novelist, too – and he came to right to “Extra” to let us read him like a book!

“It’s hot and steamy for some summertime reading,” Blair said.

This talented actor wants to turn his book into a movie and play the leading man – a former actor turned gigolo!

So does that mean that Blair is a gigolo in real life?

The happily-married father of three also just finished directing his first film, “Bridge to Nowhere,” which will hit theaters next year.

In the meantime, “Casenegra” heats up the shelves July 10.

What Are Nanobodies and How Do They Block COVID-19? 4

Wendy Williams’ New Summer Romance After Being Linked to Convicted… 8

PDA Alert! Jack Osbourne Goes Public with His New GF at the American… 10