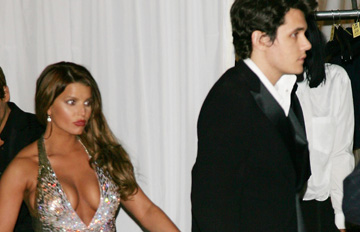 Sources have confirmed to “Extra” that John Mayer and Jessica Simpson have officially called it quits.

The pair’s 9-month relationship has included romantic scenes, such as a recent snapshot of the pair kissing on the beach in Australia.

Jessica is currently enjoying the party scene in Cannes. Meanwhile, we spotted John partying last night at a club in New York.

Win It! A Men’s Gift Bag from the SAG Awards Gala 8