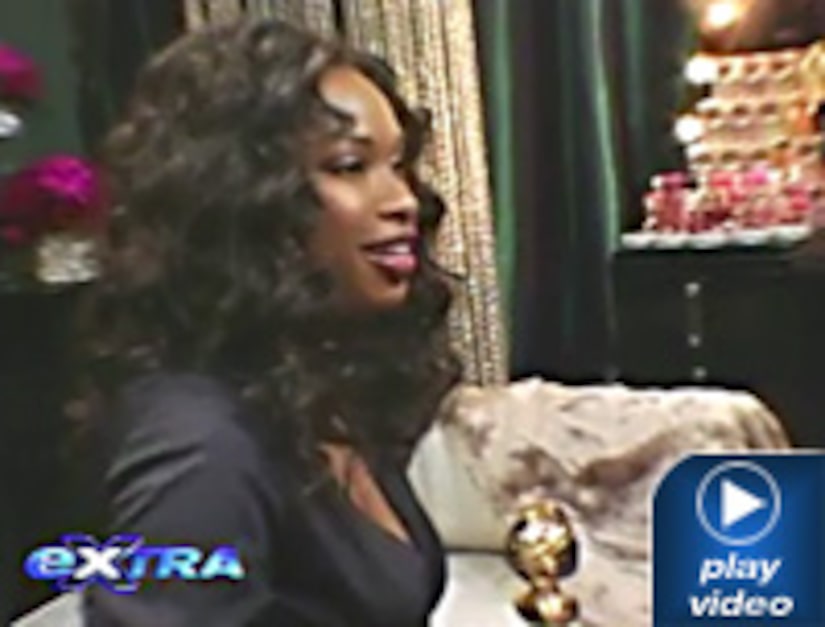 Our Jon Kelley was backstage with all the winners, including her royal highness, in our one-on-one suite.

And from the queen to the Golden Globes' newest royalty, Jennifer Hudson, it was a night to remember.

The “Dreamgirl” was the night's Cinderella story, taking home a Best Supporting Actress trophy. But how does she plan to celebrate her big win?

“Cry all night, I've been crying all day,” the newcomer said. “Just thinking of the fact that I'm blessed to be sitting here.”

For the young Hudson, the win capped off a surreal year, which began as an “American Idol” finalist.

“I didn't get a chance to thank the cast,” Hudson said. “Thank you to the cast of 'Dreamgirls;' they're the best, and I was able to sit back and learn from the best.”

For Jennifer's co-star, Eddie Murphy, his first Globe win was a wonderful way to celebrate more than two decades in showbiz.

“This is the first time I've ever won a Golden Globe, after 25 years in movies,” he said.

Of course, Eddie's first major award just had to come in a singing role.

“I had sung for years, I put those really bad records out,” Murphy recalled. “Those s***** records all those years ago.”

Brad Pitt's “Babel” nabbed the gold for Best Drama, while the Globes have a new king: Best Actor Forest Whitaker, who gave us a recap of his night in Hollywood's royal court.

“I got to talk to Jack, talk to Jay-z, I got to say 'hi' to him at least, Beyoncé, congratulate Eddie, saw Penélope over there, got to talk to Clint...,” he gushed. “It's a pretty amazing night.”

As the night rolled on, it was clear the Globes were nothing short of a beautifully gorgeous night for ABC's “Ugly Betty.”

The show's star, America Ferrera, brought some big names to tears with her emotional victory speech.

“Yes, we were going to do something with her, but later maybe,“ Salma dished.

Meanwhile, it was “Grey's” gold for the hit ABC cast, and Kate Walsh, Chandra Wilson, Eric Dane and the rest of the “Grey's Anatomy” cast were basking in a Golden Globe glow backstage after winning for Best Drama Series.

The cast was also beyond excited about Jack Nicholson's admission about the hit show: “On the way to the stage, I walked past Jack Nicholson,” James Pickens Jr. said. “He said, 'Chief, I don't miss it!'”

Alec also joked about why his daughter, Ireland, who he thanks in his speech, wasn't there.

“It kind of old hat to her,” Baldwin said. “She's been to the Oscars once. If she's not seated between Oprah and Sandra Bullock, she isn't going.”

The Globes winner also broke news to “Extra” about a career change, revealing he may run for political office. But what's his platform?

“Well, there are things I want to do to help people,” Alec admitted.

Hugh Laurie is a two-time winner for helping people on “House,” admitting he plans to celebrate in a big way.

“We will hit everything that's hittable,” he promised.