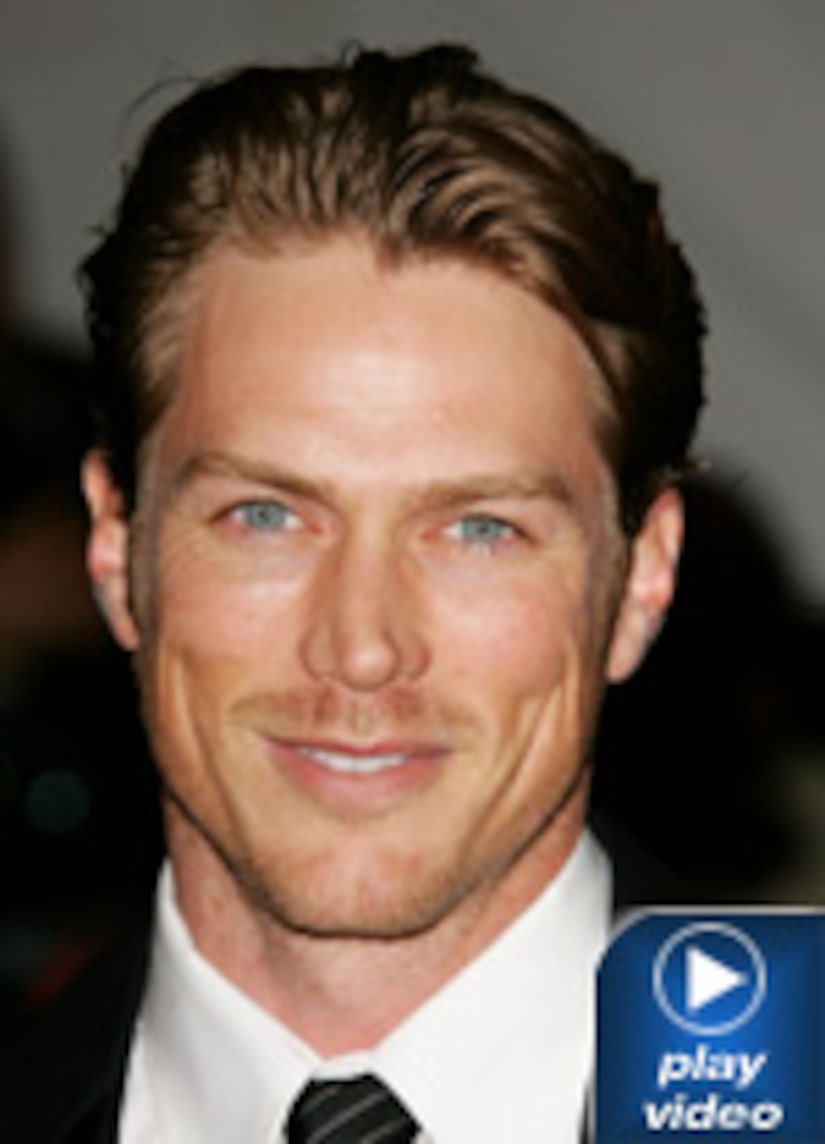 It's the sexy Jason Lewis like you've never seen him before!

Lewis, who once sizzled opposite Samantha on “Sex and the City,” is making his way back to the small screen on ABC's “Brothers and Sisters.”

But don't expect the hunky star to make the ladies swoon on the hit show; instead, he'll play the love interest of gay brother Kevin, played by Michael Rhys.

Will his guest stint on the series include a lip lock? Our Tanika Ray got the dish when she hooked up with Jason on the set.