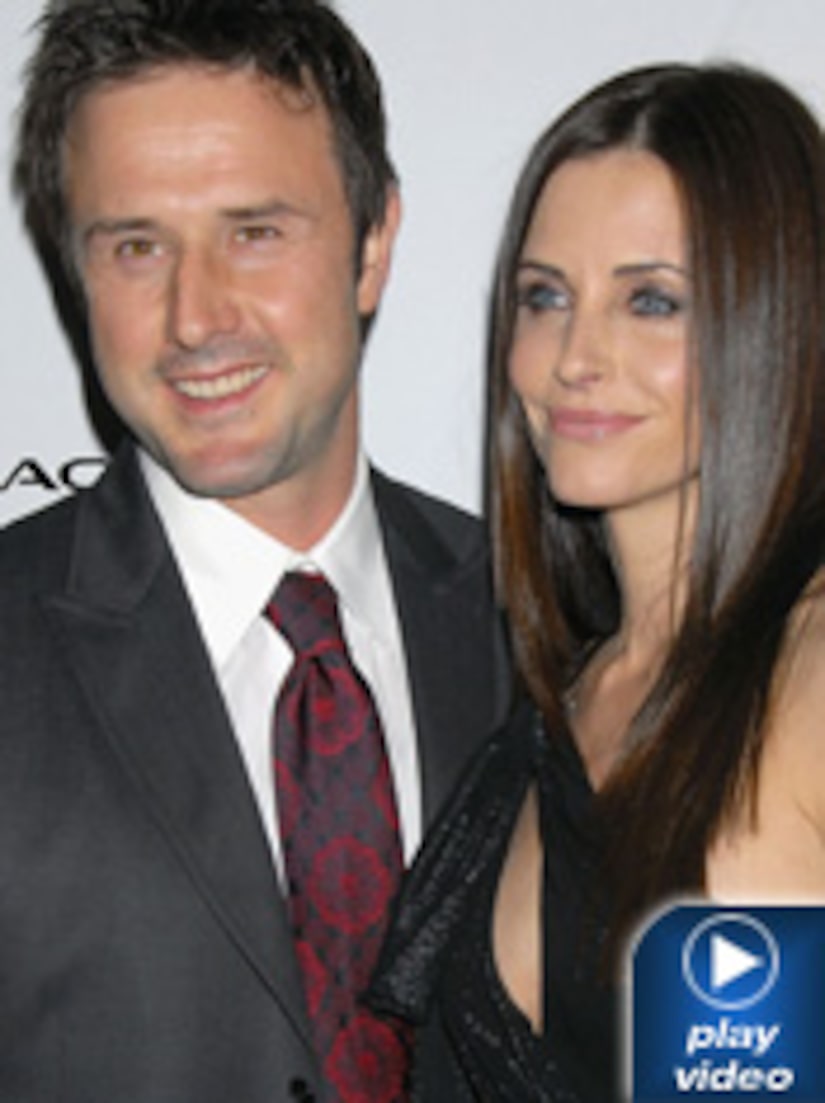 He's an actor, producer and now a director, and David Arquette came straight to “Extra” to chat about his directorial debut, “The Tripper,” with our Tanika Ray.

“It's about a group of hippies that are all drugged out, and they go to an outdoor music festival,” David explained. “And then they get stalked by a killer who's obsessed with Ronald Reagan; it's sort of a political horror film, I like to say.”

David kept his new film, as they say, all in the family.

“All my friends are in it,” he said of the fright fest. “Thomas Jane, my brother-in-law. Paul Reubens (a.k.a. Pee Wee Herman) is in it; he plays the concert promoter and he's like one of my best friends.”

David's wife, Courteney Cox Arquette, co-produced the film, and she even got a little screen time.

The happy Hollywood couple has been married since 1999 and shows no sign of the 7-year itch.

“She really filled me, filled the empty side of me up, and made me a whole person,” David confessed. “She's like, I don't know, I love her so much, and she's just everything to me.”

The same goes for 2-year-old daughter Coco, even though this protective daddy revealed he's struggling with her developing taste of fashion.

“She's a little bit of a hoochie dresser; I'm kind of like ugh! God, the future's looking grim!” he joked, adding, “I want her to be a nerd so bad. I just want her to be nerdy.”

But is that really possible? David thinks so. “I think I'm still a nerd,” the Hollywood triple threat said.