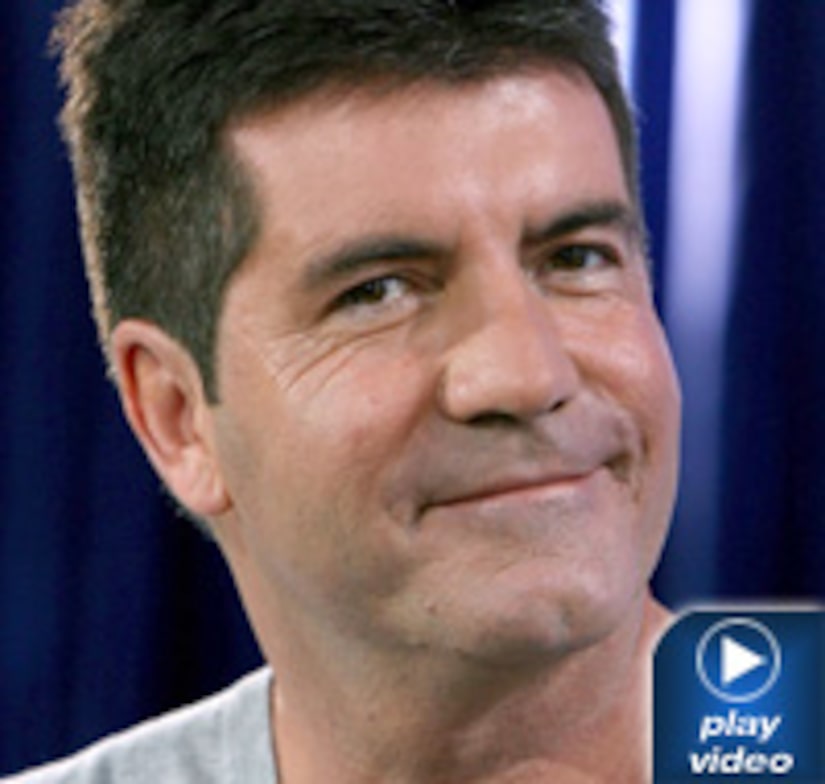 Meet Leona Lewis, the winner of Simon's smash British singing competition, "The X Factor," and only "Extra's" Terri Seymour was with both Simon and his breakout star in London today.

"I can't think of anyone who is naturally as good as this girl," the normally hard to please Simon said. "I'm talking about ever."

"It's amazing to hear things like that, especially coming from Simon," the musically inclined Leona humbly said.

Leona wowed Britain belting out Mariah Carey's smash "Without You," and is already being compared to the superstar; music legend Clive Davis called Simon about Leona even before she was crowned champ.

"He said win or lose, we're in," Simon recalled. "This is a girl who potentially is up there with Whitney, Mariah, Christina..."

"They are like, my idol and to be compared to them is the biggest compliment I could ever hope for," Leona said Clive and Simon's songs of praise.

Up until now, Leona was a 21-year-old London receptionist. Her first single, "A Moment like This," which was also "American Idol" Kelly Clarkson's first song, is expected to his number one this Christmas.

Simon wasn't talking today about the feud between his friend Donald Trump and Rosie O'Donnell or the news he just inked a $39 million deal to keep hosting "The X-Factor", making him Britain's highest-paid star.

Now, that's quite a present for the normally Grinchy Simon!