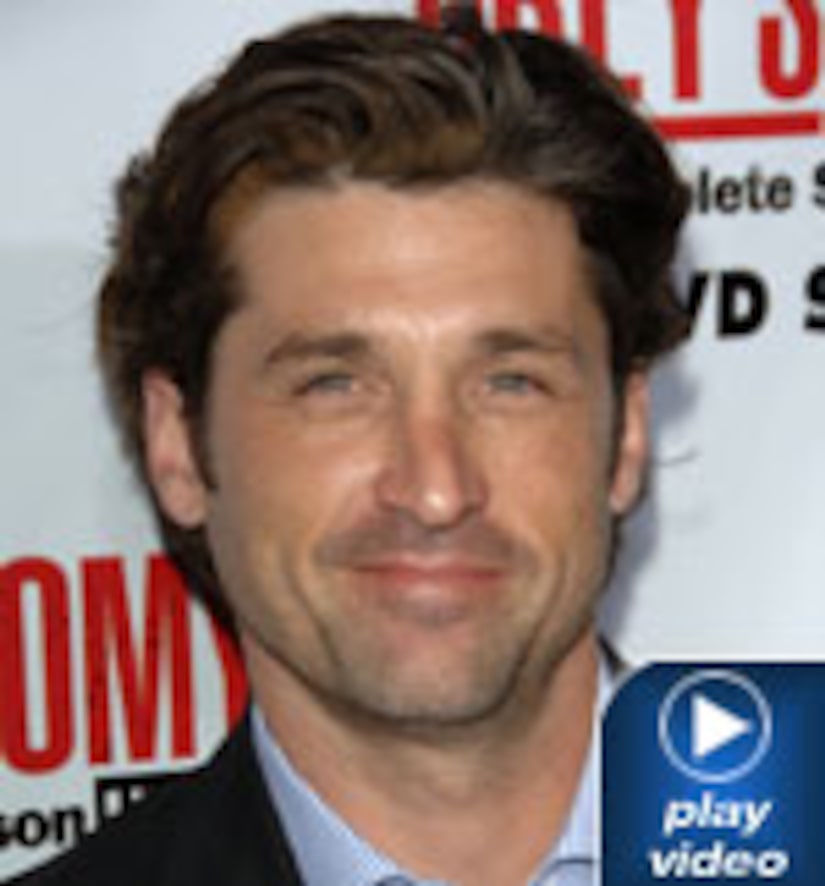 “Extra” went behind the scenes with TV's McDreamiest Golden Globe nominated cast, and we found out the “Grey's Anatomy” family is about to get a little bigger: Patrick Dempsey is expecting twins.

“I think you stay in denial as long as possible,” Dempsey said of preparing for the babies. “I can't even imagine what it's going to be like.”

Co-star Ellen Pompeo's family is also expanding; the star revealed that her fiancé, Chris Ivery's, family will be at her home for the holidays.

“Cooking for Italians,” Pompeo said. “There's a little bit of pressure there.”

Speaking of pressure, the entire cast can let out a collective sigh of relief after landing four Golden Globe nominations.

Nominee Katherine Heigl is already focused on what to wear, and she had this message for any designers out there: “Send me clothes. Send me shoes. Send me whatever you have. I need stuff.”

Meanwhile, Dr. McDreamy might have his own fashion emergency -- his wife Jill will be seven months pregnant come Globes night.

“So we're hoping at this point she'll be there,” Patrick said. “She'll be stressing about what to wear.”

Whatever they wear, the odds are in the “Grey's” docs' favor in Vegas. Our Carlos Diaz got the early line from legendary Wynn handicapper Johnny Avello.

Another TV doc, 3-time Best Actor nominee Zach Braff of “Scrubs,” already has a date lined up: “Well, Bill Lawrence and I, the creator of 'Scrubs,' we're actually dating. Even though he just had a child with a woman, that's all a front.”

“Studio 60's” Sarah Paulson is so excited about her Globes nominee; she might just kiss a member of the Hollywood Foreign Press.

“Any of those people, you want to call me, I'll give you my number. Please let me make out with you because boy, I couldn't be more excited.”

The Golden Globes are handed out January 15th on NBC.