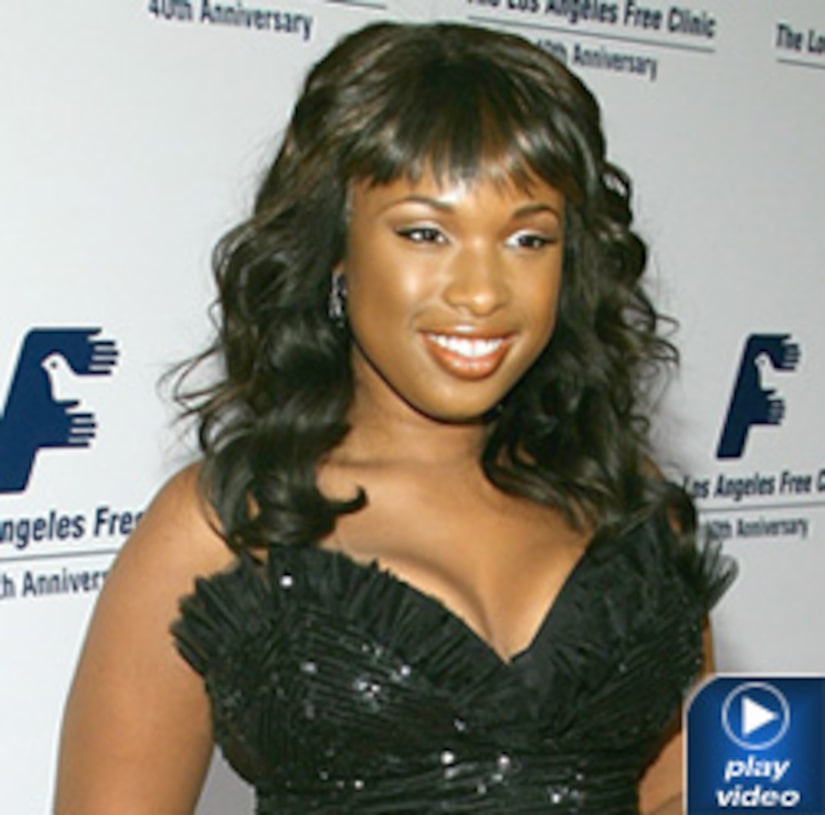 She was an “American Idol” and a “Dreamgirl.” Now, Jennifer Hudson is officially a Hollywood golden girl.

Jen first got a taste of the limelight as a finalist on “Idol,” but she never dreamed she'd be up for a Golden Globe.

“It still hasn't sunk in that I got the part in the movie,” Hudson admitted.

“Extra” has been with Jennifer since the beginning of her Hollywood dream. From our first interview with the fresh-faced girl from Chicago, we knew she was going places… even if Judge Simon Cowell wasn't her biggest fan.

“You look like you should be something you should wrap a turkey in,” Simon said of Hudson while on “Idol.” “I think you're out of your depth in this competition.”

At the time, Jennifer told us, “Simon, I can't imagine him getting any rougher than he is.”

But today, America's favorite new music and movie “Idol” sent a shout out to Mr. Mean.

On Thursday, Simon admitted that he's proud of the breakthrough star, issuing this statement to “Extra”: “I am thrilled for Jennifer. This is what I love about America: dreams really can come true. Now for the Oscar.”

There is no doubt Jen has come a log way from working at a local Burger King and singing on Disney cruises.

“When I think back to working on a cruise ship, what were the odds?” Hudson recalled. “I mean, it could have been anybody.”

While she didn't win “American Idol,” “Extra” is confident this Hollywood starlet's future is nothing but golden!