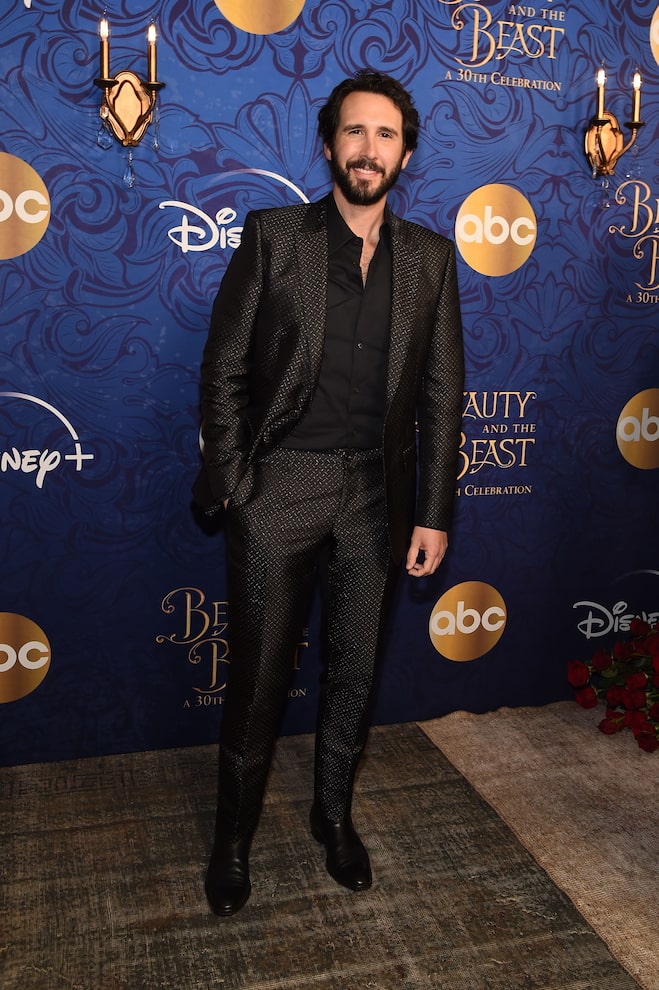 “Extra’s” Rachel Lindsay spoke to Josh Groban about his role as the Beast in Disney’s 30th anniversary celebration for “Beauty and the Beast.” Josh also sent support to Céline Dion, who famously sang the movie’s Oscar-winning theme song, after her revelation that she’s battling a rare neurological disorder called stiff-person syndrome.

Josh said, “She’s the reason why I’m here in many ways. I mean, her kindness to me when I was a 17-year-old theater student stepping out into a rehearsal at the Grammys and here I’m standing there with Céline Dion, and, like, you hear about moments where they say sometimes ‘don’t meet your heroes’… That was a moment where I could have decided this is not the world for me. The fact that she was so generous to me, took my hand… So much of a duet is reacting and giving somebody else your energy and your pathos, and she gave me so much in those early moments in my career and at that moment onstage that I walked out of there going, ‘I want to continue doing this.’”

As far as playing the Beast, he said, “All of us come from so many different areas of entertainment, but we all got the Bat signal, we got the B signal, you know, and when John Chu and Hamish Hamilton and that whole team, you know, reached out to us… we just needed to step in and do right by this amazing story.”

He confessed he was “starstruck every step of the way, like everyone around me, during the making of this. [This] is somebody that I just admire to no end and so for all of us to just kind of like take off their caps of whatever it is we do on the outside and step into this magical world and tell the story for hopefully a new generation.”

Rachel mentioned his co-star H.E.R., real name Gabriella Wilson, had an electric guitar in the trailer, and asked if this is a rock version of “Beauty and the Beast.” 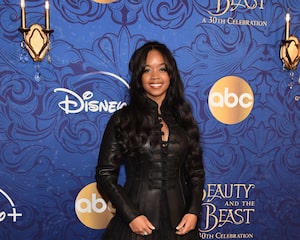 Josh shared, “The cool thing about this celebration is that it is just that, a celebration, it is not a remake of the movie… And Gabby plays the heck out of that guitar, and if she is going to play Belle at some point, that Stratocaster has to come out. It is just a cool twist on the role.”

Groban confessed he was actually asked to play the Beast on Broadway years ago, explaining, “That was at a time when, you know, I just didn’t feel, like, old enough to, like, take on some of these bigger roles. I’m, like, a baritone, so I didn’t feel ready for it at the time, so I’m glad I waited and it feels right for me now.”

In fact, he’s also heading to Broadway soon with “Sweeney Todd.” Josh said preparations are underway and more of the cast will be announced soon. The star added, “I love this show. I love Sondheim and continue to love his work and, I mean, another role of honor to step into, absolutely.”

“Beauty and the Beast: A 30th Celebration” airs December 15 on ABC.