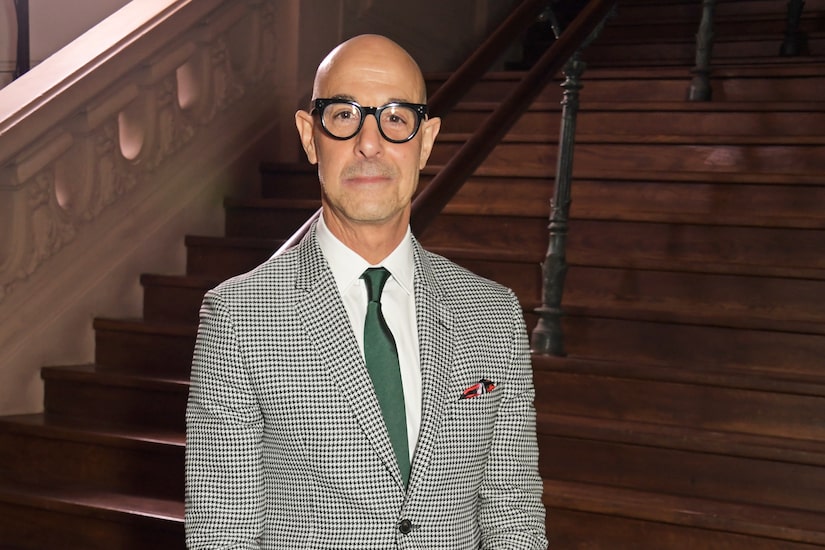 The actor, who battled cancer years ago, took Instagram by storm with his cocktail videos.

“Extra” spoke with Stanley, who is “really grateful” about life.

Stanley is having a moment in his career and life, sharing what he is most grateful for right now. He said, “I’m really grateful that I have my kids, all five… they’re all healthy and happy. That’s the first thing. My wife is miserable, but no, I’m kidding… That’s the most important thing. And the fact that I was sick about four and a half years ago, I finished treatment for the cancer, and I’m glad that I can sit here and talk to you, that I can eat, that I can drink, and enjoy the company of people that I love, I am very thankful for all of that.”

Tucci can be seen in the upcoming film “I Wanna Dance with Somebody,” a biopic about Whitney Houston. In the film, he portrays music legend Clive Davis. He said, “It was a great experience… and I can’t say that about every film… Kasi [Lemmons], the director, she’s incredible. Naomi [Ackie], who plays Whitney, [is] extraordinary.”

He went on, “And to get to meet Clive, to talk to him, too… He’s the reason that we listen to the music that we listen to today… which is kind of incredible because he was never trained as a musician… he was a lawyer. And he ended up with this sort of with this ear… He was always prescient about, you know, what was going to be next… in the music world. Extraordinary guy… I’ve made a lot of movies. That was one of the best experiences I’ve ever had.”

Stanley gave all of us an experience with his drink-making videos, which he didn’t think would be so popular! He said, “I had no idea.”

As for how it started, he explained, “My wife said to me… make a cocktail video for the people at Curtis Brown. Curtis Brown is the agency that I’m with in England and that she works for. So she said to me about 40 people or so will watch it and just might cheer people up for some reason… Made a negroni… They put it out there… She said, ‘Why don’t you put on your Instagram?’ And then that was it... It was life-changing. Yeah. For everyone.”