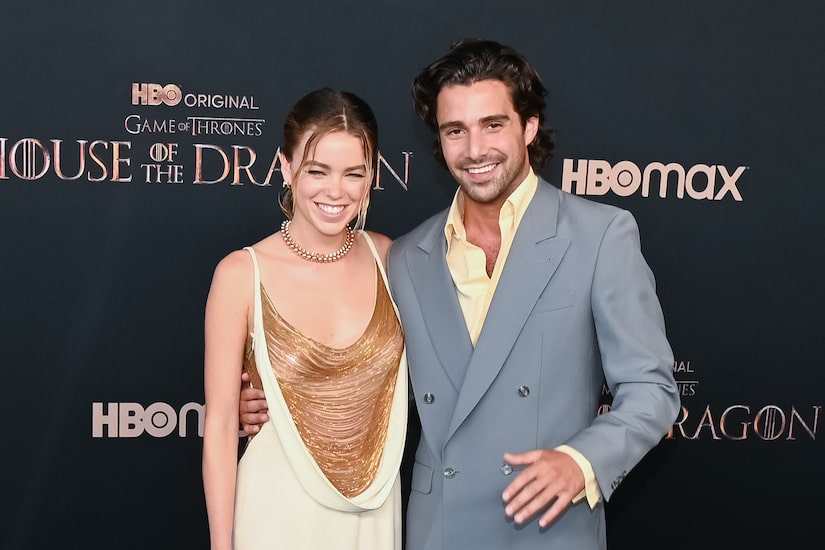 “House of the Dragon” stars Milly Alcock and Fabien Frankel are dishing on the new “Game of Thrones” prequel!

“Extra’s” Jenn Lahmers spoke with Milly and Fabien about their characters Rhaenyra Targaryen and Ser Criston Cole and hint at a key role for Criston in how the drama unravels.

Milly plays Rhaenyra, the queen, who she describes as “very intelligent and rebellious.”

Fabien is playing Ser Criston, who is “quiet” and an “underdog,” adding, “He plays quite an integral part in how the politics kind of unravels.”

Frankel teased that there will be “a lot of fighting on the show.”

The show will also have more dragons than “Game of Thrones.” Fabien noted that there were “different iterations on set.” He quipped, “There were some that were tennis balls.”

Frankel also opened up about his experience with the “Game of Thrones” fandom at Comic-Con, calling it “surreal.”

One of the fans recognized Fabien, expressing displeasure for his character. He added, “There are some things that maybe happen in the books.”

While “Game of Thrones” is known for killing off its beloved characters, should audiences get used to seeing Milly and Fabien as their characters? The two played coy by looking away!

“House of the Dragon” premieres August 21 on HBO and HBO Max.