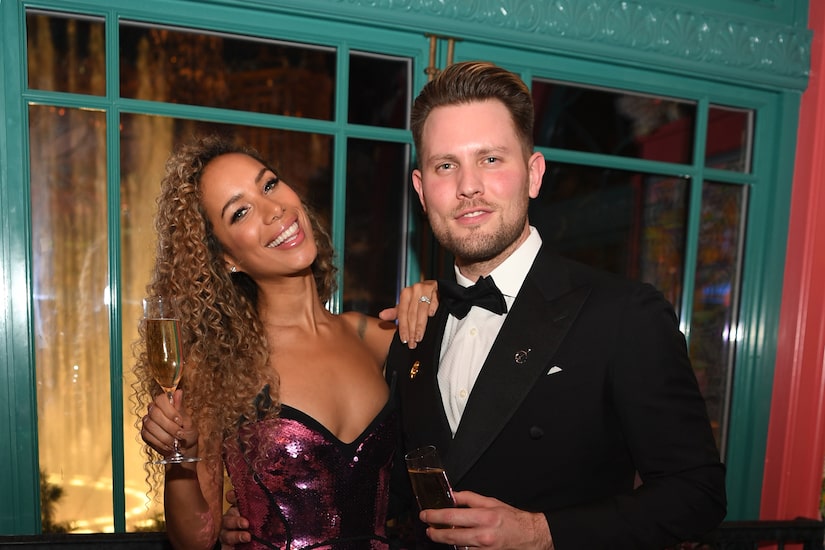 “Bleeding Love” singer Leona Lewis, 36, has a bun in the oven!

After days of reports, Lewis confirmed her pregnancy with a photo of her growing baby bump on Wednesday.

She wrote on Instagram, “Can’t wait to meet you in the Summer ❤️.”

Dennis posted the same photo, adding, "Biggest gift I could've asked for coming this Summer ❤️ You're one hot a** Mama @leonalewis."

A source recently told The Sun U.K., “Leona and Dennis are absolutely over the moon.”

“They have passed the 12-week milestone and told their family and friends at the beginning of the year,” the insider added. “They can’t wait to welcome their new arrival and to become a family of three.”

In 2020, Leona expressed their desire to have a family together. She told Stella magazine, “I do want children, but Dennis and I have also talked about adopting.”

As for why she was considering adoption, Leona explained, “My mum grew up in a children's home. No one adopted her as a child, and I would very much like to adopt, but I'm still figuring things out. If it was up to my husband, we would have had kids yesterday.”

The pregnancy comes nearly three years after Leona and Dennis tied the knot in a Tuscan vineyard.

According to Hello magazine, Leona walked down the aisle to “Ave Maria” as 180 guests watched.

On her special day, Leona wore three looks — a white tulle gown for the "I dos," a beaded blush dress for the wedding reception, and a crystal-embellished jumpsuit for the party.

Ahead of the wedding, Leona told the outlet, “We're so ready to do this. Dennis is the most kind, considerate person I've ever met. He's been my rock through my crazy ups and downs and everything I've gone through in my life."

Leona and Dennis met in 2010 while he was a backup dancer on her tour. She said, “It's amazing that we were brought together from different sides of the world through both of our passions, music and dance, whilst on tour in the U.K. eight years ago.”

Leona found fame after winning “The X Factor” in 2006. Her debut album “Spirit” has sold more the 8 million copies around the world. Dennis has made a name for himself as a dancer, appearing on “So You Think You Can Dance?” and “The World's Best.”