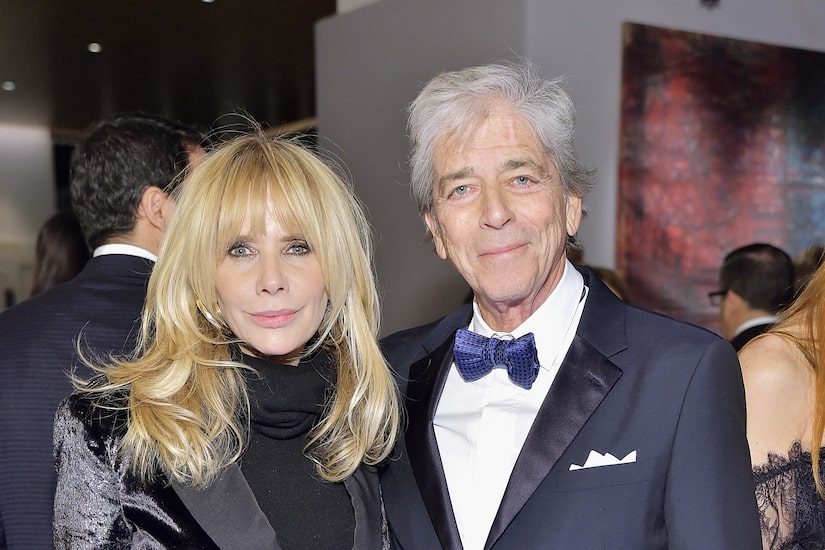 According to court docs obtained by TMZ, Morgan filed for divorce in Los Angeles on Wednesday.

He cited "irreconcilable differences" as the reason for splitting up.

The docs reveal that the pair separated on January 1, 2022.

They do not have any kids together, so there will be no custody issues in the divorce.

It is unclear if the couple have a prenup in place, but Morgan wants each party to pay their own legal fees. He also wants spousal support to be denied to either party.

They made their last public appearance as a couple in 2019.

In 2013, they wed in an intimate ceremony in Malibu after a two-year engagement. At the time, her rep said, “Rosanna Arquette and Todd Morgan were married in a private family ceremony in Malibu. Todd Morgan is the founder and chairman of Bel Air Investment Advisors and a philanthropist. Arquette has recently been seen in ‘Girls’ and ‘Ray Donovan.’ She is directing her first feature and has 3 TV shows in development. They are very happy.”

They have kept their relationship under the radar since their wedding.

Last year, Arquette did reveal that she was having “enough” sex and discussed her view on love. She told The Guardian, “Real love feels like freedom.”

Before she married Todd, Rosanna shared her take on balancing work with a private life telling Huffington Post, “I think, for me, it’s been quite a challenge to have both. I was in a relationship for a few years and didn’t work for a few years, and now I’m starting to go back to work and I am in a relationship. It’s always about accepting the other person — who they are and what they do. I love to work and I love my partnership, but I really do need both. If I’m only focusing on one, then I’m not a whole person.”

Despite the split, Rosanna is keeping busy with her podcast “Radical Musings with Rosanna Arquette,” as well as appearing in the upcoming films “Signs of Love,” “Not Born,” “Futra Days,” and “The Velvet Gentleman.”