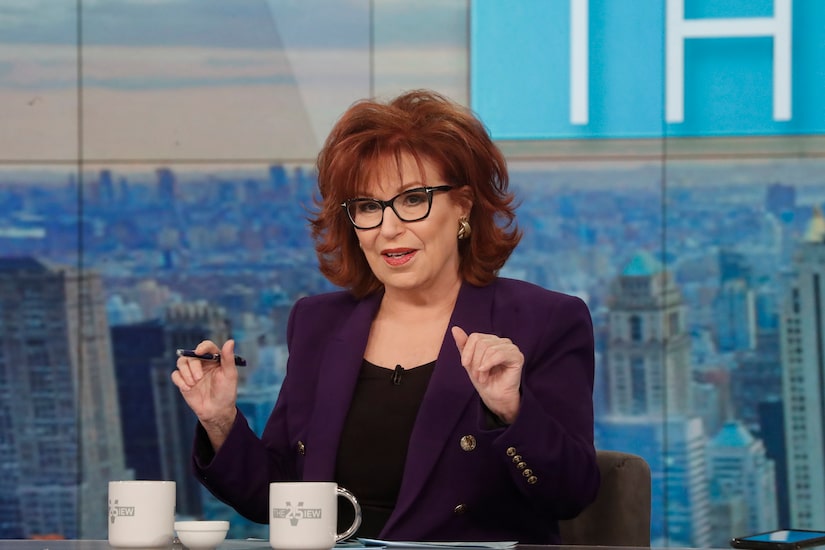 On Thursday’s episode of “The View,” co-host Joy Behar, 79, took a tumble while trying to sit down in her chair

After her fall, Behar was helped back to her feet by her colleagues Sara Haines, Whoopi Goldberg and Sunny Hostin.

Once Behar was safely back in her seat, Whoopi quipped, “These chairs move… You touch it and you're on the ground.”

Sunny noted, “It’s happened to all of us at one time or another.”

Behar took the television mishap in stride, joking, “Twenty-five years, that has never happened [to me]. Who do I sue?”

Joy added, “My husband is home laughing, I bet.”

As for what happened, Behar said, “I went flying.”

When Sara mentioned how “high” the chairs are, Goldberg commented, “It takes a glass of wine to get into the chair."

Behar pointed out, “I just missed the step. As usual.”

Later in the episode, Goldberg cleared the air after receiving some text messages accusing Sara of tripping Joy. After Sara said, “I did not trip her,” Whoopi emphasized, “She did not do it. All of you stop sending us texts, that's not what happened."

Behar commented, “I'm getting all these messages from people saying, 'That's a viral moment... That's all people really care about. This, from Ana Navarro: 'Mamacita, are you okay?' She's funny."

While Behar was able to make light of the situation, she did talk about how dangerous a fall like that can be. She explained, “Well, you know, I fall a lot. The main thing, just to talk seriously, when Bob Saget fell, he died. If you hit your head and you feel dizzy or you have blurred vision or you feel like you want to go to sleep, go to the doctor because that will kill you.”

Authorities recently told People magazine about their new theory on what happened to Saget, saying they think he likely lost consciousness in the bathroom and fell backwards, hitting his head on the marble floor.

Investigators told the magazine that Saget probably woke up and stumbled to bed, but lost consciousness again and then died. They estimate he passed away around 4 a.m. His body was found about 12 hours later.

“I've fallen a lot. I fall all the time. I'm a klutz! But this chair, this chair was like ‘The Exorcist.’ It was spring!" Behar declared. “But you know what? I'm going to make a resolution. I'm going to make my behind a little bigger, just for the purpose of the chair."