Chris Pratt is asking Chris Hemsworth to slow down on the workouts ahead of their new movie “Thor: Love and Thunder.”

Hemsworth posted an incredibly shredded workout pic of himself pushing over a giant tire. He teased, “Cheat day today. Decided to treat myself to this extra large donut, gosh it’s heavy.”

Pratt pleaded in the comments, “Hey bud. Just heard from my trainer and he needs you to stop working out because since we’re gonna be in the same movie and everything he doesn’t want me to stand next to you if you look like that.”

He added, “So I’m gonna need you to put on 25 lbs real quick cool thanks.” 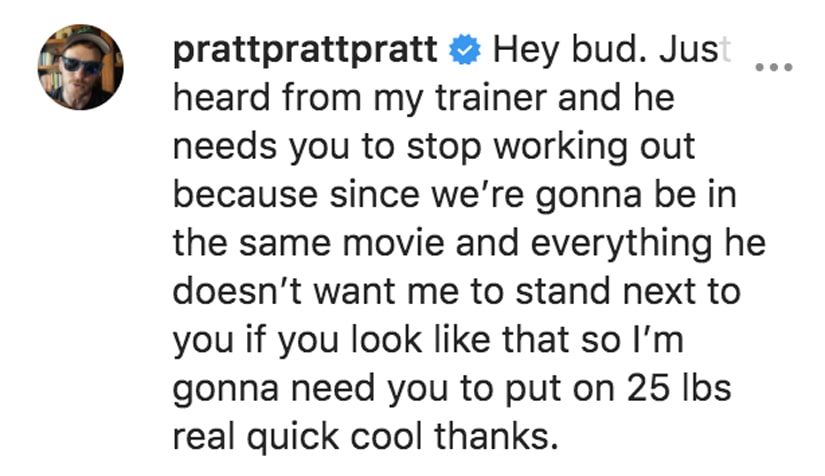 Hemsworth quipped back, “Don’t worry mate we can just both use the same fancy filter that’s been applied here. It’s called instashred.”

The Marvel stars will reunite for “Thor: Love and Thunder” starring Hemsworth as Thor and Pratt as his “Guardians of the Galaxy” character Star-Lord. The film, directed by Taika Waititi, is reportedly set to introduce Natalie Portman’s character Jane Foster as the new Thor. 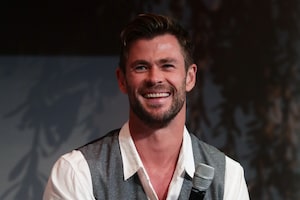 Chris Hemsworth Gets Candid About Homeschooling and His New Isolation Hobby 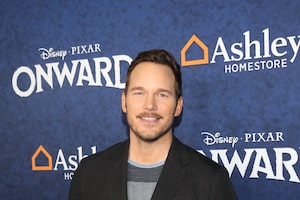 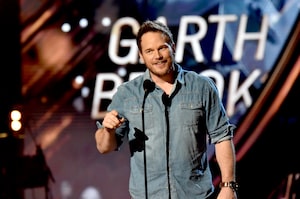