Days after her sudden passing, more details have been released about the death of 25-year-old rapper and model Chynna Rogers.

A Philadelphia Department of Public Health rep has confirmed to Fox News that Rogers died of an accidental drug overdose.

Over the years, Rogers has been open about her past opiate addiction. In 2018, she told Pitchfork, "I usually don't express myself or get open about things until it's in hindsight, and I'm not dealing with it anymore. That's why I didn't tell people that I was a drug addict until I got out of rehab. I see a lot of artists decide they want to go through s— with their fans, and that's cool because it gives your fans something to hold onto. But I need to handle it myself first, and then, when I've figured out how I want to word it, we can talk about it — y'all not about to go through it with me.”

"I did end up talking about it, because there are a lot more people dealing with this s— than you think, and they should know that someone who looks like me or does this could have the same problem as the fiend on the corner," she added.

Roggers also reflected on when her drug use started getting out of control, saying, "It got to the point where I had to do something just to be able to get onstage and do my job. I didn't like that. That was taking it too far, because it stops being fun and starts being because you have to, and that's when you need to chill."

In another interview with Vibe, she revealed, “I felt crazy. I didn't want to be a statistic. I didn't want to go out that way and people be like: 'I told you so,' or glamorize it [drugs], because I don't feel like that. It was nerve-wracking to be open, but when you see how many more people who are dealing with the same thing, it's good to have some kind of example of someone you didn't expect to be going through it."

As for how she was able to kick the addiction, Chynna said, “It was hard. I had to go away for a minute and I did detox, but it was a matter of having a really good support system of family and friends." 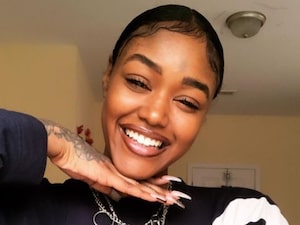 Rogers also discussed her addiction on her 2016 mixtape “Ninety.”

Following her death, her family said in a statement, “Chynna was deeply loved and will be sorely missed.”

Singer Kehlani paid tribute on social media, tweeting, "chynna you were f—in hilarious bro… today was our last exchange of jokes & those i will miss the most. i can't believe it idk how to."

Her passing comes just months after she dropped her EP “If I Die First.”

Rogers, who signed with Ford Models at 14, pursued a music career soon after becoming friends with A$AP Mob founder A$AP Yams, who became her mentor.