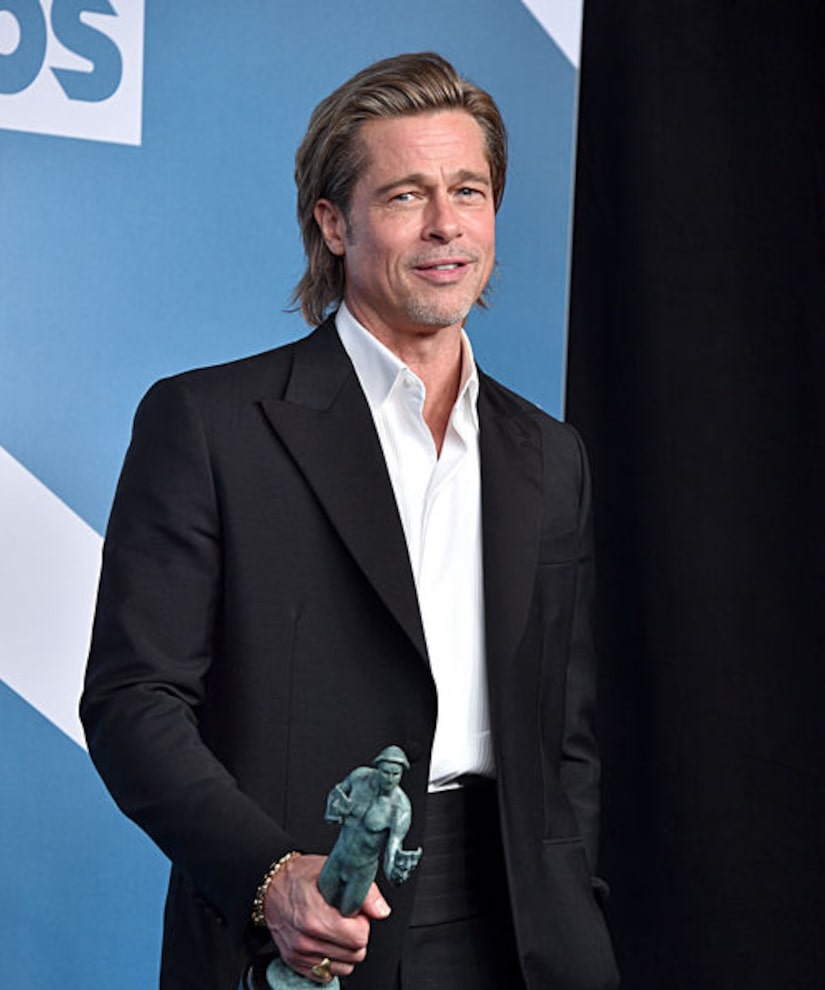 “Extra's” Renee Bargh caught up with Brad Pitt at the 2020 SAG Awards, hours before he won Outstanding Performance by a Male Actor in a Supporting Role for his work in “Once Upon a Time… in Hollywood.”

Brad ditched a tie for the evening, saying, “Comfort defines my fashion style.”

Before poking fun at his love life during his SAG acceptance speech, Pitt joked a the Golden Globes that he is linked to every woman he talks to.

At SAG, when Renee mentioned his Globes speech, Brad stood closer to her and winked at the camera!

When Pitt does step out in public, how does he do it without causing a fan frenzy? He quipped, “I'm very covert… I'm kind of like the shark — I keep moving.”

Pitt also showed some love for ex-wife Jennifer Aniston's TV show “The Morning Show” while discussing what he's been watching lately. He dished, “Caught 'The Morning Show'... really good… It's a really good time for my group here, my gang.”

Pitt recently revealed that he hasn't danced since his prom. Who was the lucky girl? He said, “I'm not naming names… she has privacy now, why would I do that to her?" He called her "a lovely person."

When asked if he would dance to a big Oscar win, Brad responded, “No!” When will we see him dance? He answered, “Never… Maybe if I get in a Will Ferrell movie or something. I'll bust it out... It's dated, let me tell you… I kind of dance from the waist up… It's pretty rough.”

As for the possibility of bringing his mom as his date to the Oscars, Pitt smiled, saying, “That feels like it's like a month away, and it probably is. I don't know, one at a time. I haven't gotten that far.”

We'll just have to wait to see if Brad brings a plus one! 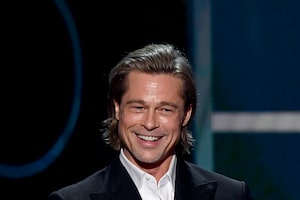 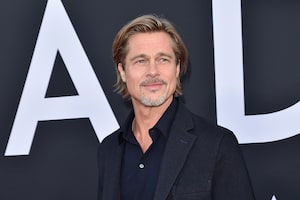 Brad Pitt on That Promise to Dance More in 2020! 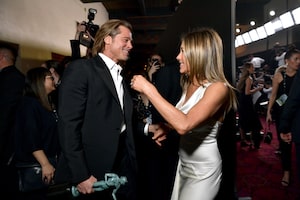