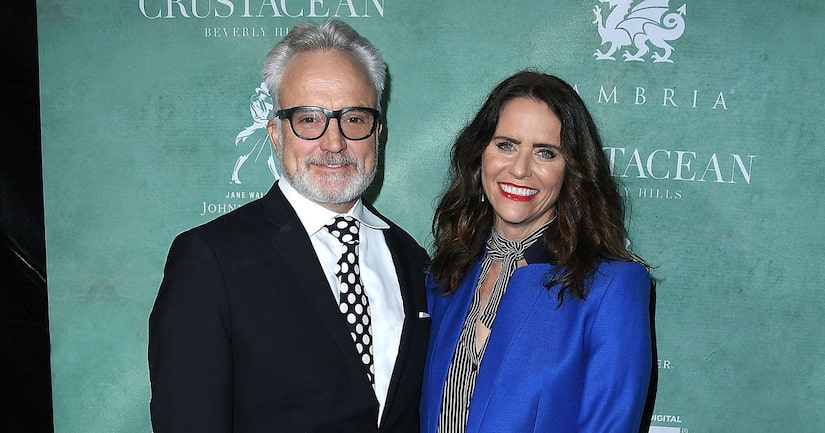 While referencing their “The Handmaid's Tale” characters, Bradley tweeted on Tuesday, “In a shocking, totally unearned plot twist, Commander Lawrence married Mrs. McKenzie today in Santa Barbara. The shark may have been jumped, but the couple is thrilled.”

Along with the tweet, Whitford shared a picture of himself in a blue sport coat. Landecker wears a blue dress while holding a bouquet in the photo. They are joined in the photo by their two dogs.

In a shocking, totally unearned plot twist, Commander Lawrence married Mrs. McKenzie today in Santa Barbara. The shark may have been jumped, but the couple is thrilled. pic.twitter.com/iPZtzCGbob

The wedding comes a little over a year after their engagement. While discussing his nominated film “Get Out,” Bradley told Ryan Seacrest at the Oscars last year, “I walked out of the room and I said to my fiancée, this is unlike any script I've ever read. This could be incredibly brilliant or it could really not work.”

Rumors swirled about the engagement after she was spotted wearing a ring on that finger at the WIF 11th Annual Celebration of the 2018 Female Oscar Nominees at Crustacean, sponsored by Stella Artois. 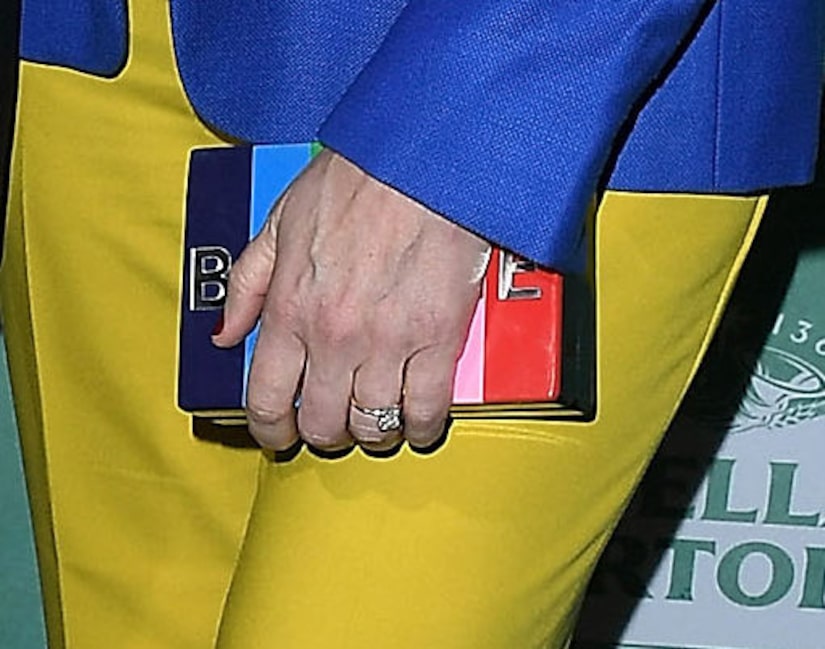 They went public with their relationship in 2015, a year after “Transparent's” first season premiered. At the time, Whitford told People magazine, “Things with Amy are spectacular. Things are wonderful. I met her last year, but we didn't start dating for a little while. I work slowly.”

A year later, Amy shared about her first impression of Bradley, telling People, “I knew Bradley for a year before we dated and I kind of thought that he seemed like a cocky actor boy and I wasn't really that interested. Now I've learned that if I don't like someone at first, that's probably a sign that they're perfect for me because my taste is so bad… Now I'm the happiest I've ever been.”

She gushed, “He's an amazing person. He's super political and conscious and funny and incredibly talented, and he's a great dad and, I mean, I've got nothing but good things to say about him.”

This will the second marriage for Bradley and the second for Amy. He was previously married to “Malcolm in the Middle” star Jane Kaczmarek. Landecker was married to journalist Jackson Lynch.

A day after they got married, Bradley was nominated for an Emmy for his “The Handmaid's Tale” role. Talk about icing on the cake! 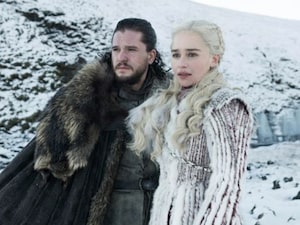