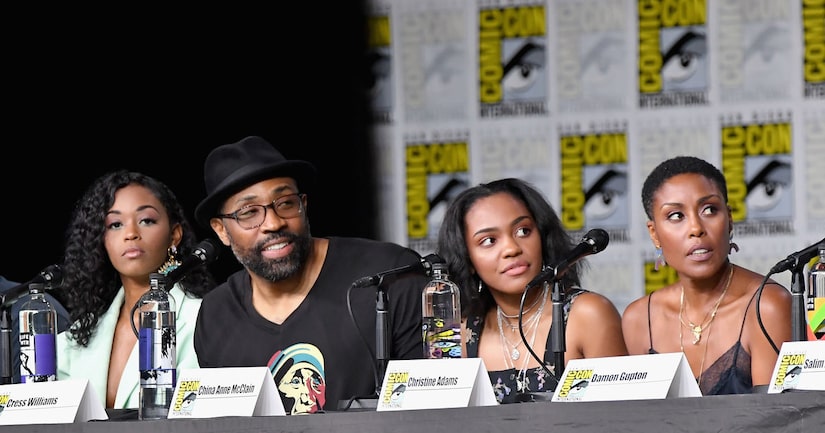 “Extra” special correspondent Danielle Robay sat down with the cast of “Black Lightning” at Comic-Con, where they dished on the family dynamics in the upcoming season!

Cress Williams shared, “We're trying to be a family when everything is falling apart… It's just hitting the fan.” He was joined by his co-stars Christine Williams, Christine Adams, Nafessa Williams, China Anne McClain, Marven Krondon Jones, James Remar and Damon Gupton.

Along with dishing on the new level of power that Black Lightning's nemesis Tobias has, the cast also revealed that Robert Townsend and Bill Duke are playing new characters on the show.

The cast also reacted to childhood pics of themselves and spilled the beans on the each other in a game of “Superlatives.” Watch!

“Black Lightning” airs on The CW.