Seyer, who is part of the duo Prayers, posted the same photo, writing, “Today I married the girl of my dreams [En Vida Y En Muerte].”

Farewell, LA! I’m stealing @prayers and taking him to London with me! ❤️🇬🇧

The pair sparked engagement rumors on Valentine's Day when Kat posted an Instagram video of Leafar wearing a ring on that finger! Seyer showed off the ring as a plane flew by with the message, "I love you Kat Von D."

Kat was previously married to Oliver Peck from 2003 to 2007, and engaged to “Monster Garage” star Jesse James in 2011 and Deadmau5 record producer Joel Zimmerman in 2012. 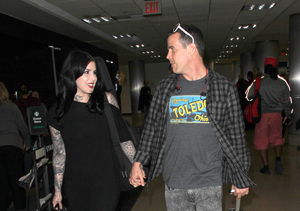 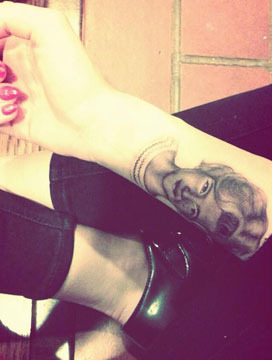 Guess Whose Giant Face Miley Just Got Tattooed on Her Arm! 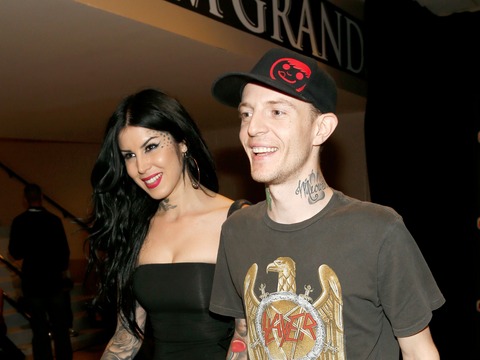