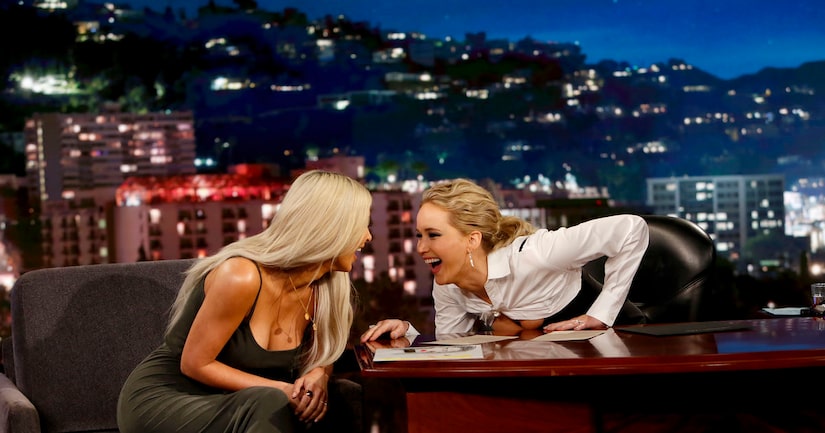 Jennifer Lawrence's “Jimmy Kimmel Live!” takeover was everything we hoped it would be.

The Oscar winner sat down with Kim Kardashian, asking her a list of “deeply personal” questions ranging from farts, to cheating exes to O.J. Simpson!

J.Law kicked things off with the whopper, “Do you think it's a coincidence that Reggie Bush's wife looks just like you? I don't!” Kim didn't answer!

Lawrence made Kim giggle when she asked, “So do you and Kanye, like, fart in front of each other?” Kim replied with a laugh, “I don't fart. What are you talking about?” 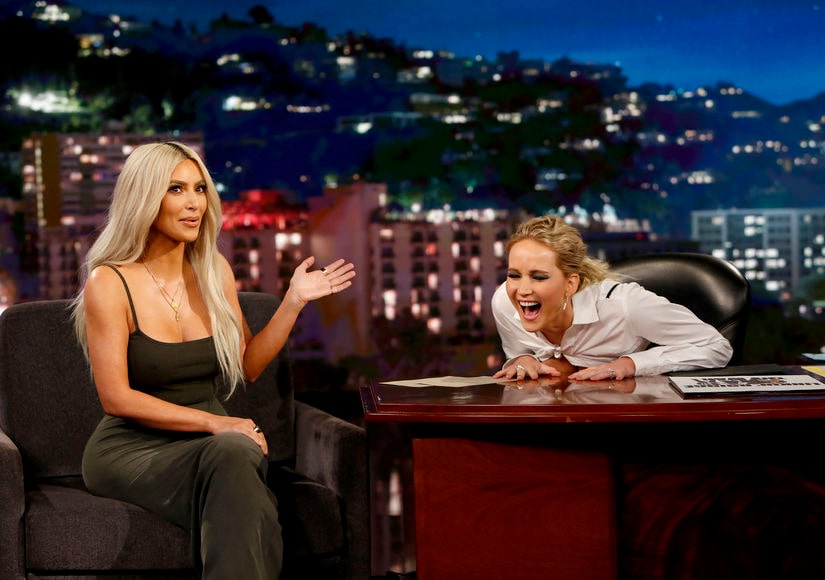 Kardashian didn't name names, but she did spill on an ex who cheated, saying, “He was flying into town to meet another girl on my birthday and lied to me that he was in a different city.”

Jennifer was shocked, saying, “Oh, my God! That's like a Taylor Swift song!”

When Jen asked about Rob Kardashian's ex, Blac Chyna, Kim wouldn't go there, simply saying, “I think it's just super respectful to not say anything about my niece's mom.”

Lawrence tried asking about O.J., too, but Kim said the last time she saw him was nearly a decade ago at a club… and no, she didn't ask him if he did it. 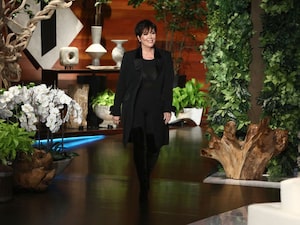 The epic interview even touched on Justin Bieber and Selena Gomez reportedly getting back together. Kim said, “I think it's cute.” 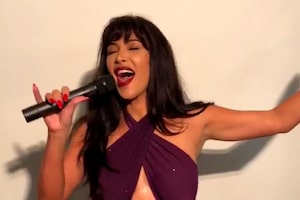 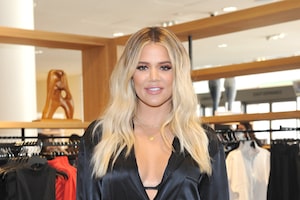 Report: Khloé Kardashian Is Having a Boy! 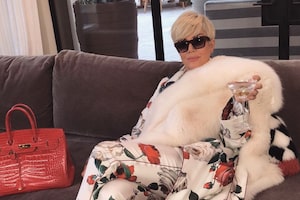 Kris Jenner Goes Platinum Blonde! Check Out Her New ‘Do