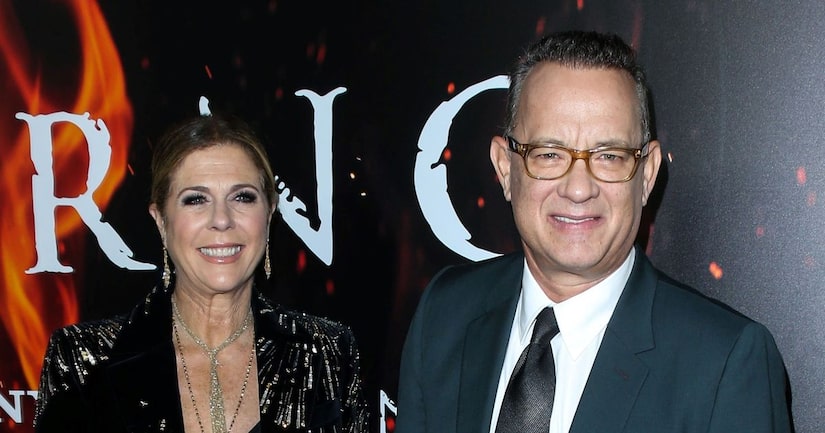 Last night, “Extra's” Charissa Thompson caught up with Tom Hanks and Rita Wilson at the premiere of his film “Inferno” in Hollywood, where they took on tabloid rumors that they are planning to divorce.

The pair has been married for 28 years and explained why it was important for them to earn rare retractions from the magazines. Rita said, “At a certain point, you have to call them out on their lies and say, 'You can't do that anymore.'”

Rita went on, “Our marriage is really sacred to us… It was just unacceptable.” Tom chimed in, “If we do something stupid in public, go ahead, do that, but don't make up this nonsense… They were so bogus, it was kind of foul.” Rita added, “Insulting.”

Tom playing symbologist Robert Langdon for a third time in “Inferno.” He shared, “In this case, there's something very current you can discuss — it's about overpopulation.”

Over the weekend, Hanks impersonated the movie's director, Ron Howard, when he hosted “SNL.” Though Ron wasn't quite sold on the impression, Tom on the other hand, felt different, joking he was "dead-solid perfect.”

The couple, Hillary Clinton supporters, admitted they are getting a little tired of the political climate. Rita explained, “Not because of Hillary, but because of the other candidate… If a woman did to a male candidate what this male has done to our female candidate, I think that would be outrageous and people would think it would was unacceptable. For some reason, that's become okay; I'm tired of that and can't wait for it to be over.” 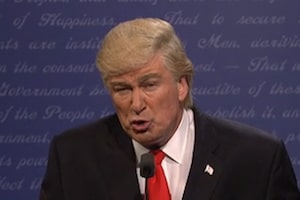 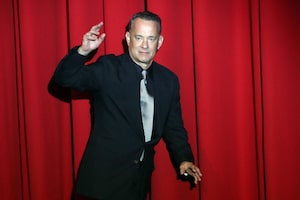 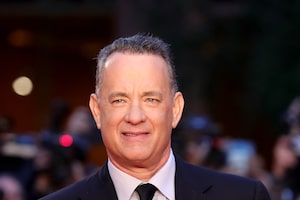