Last night, Charlize Theron stunned in a Dior dress and Henry Winston diamonds on the red carpet at the Los Angeles premiere of her new movie “The Huntsman: Winter's War,” where she gushed over her baby girl August, who she adopted this summer. 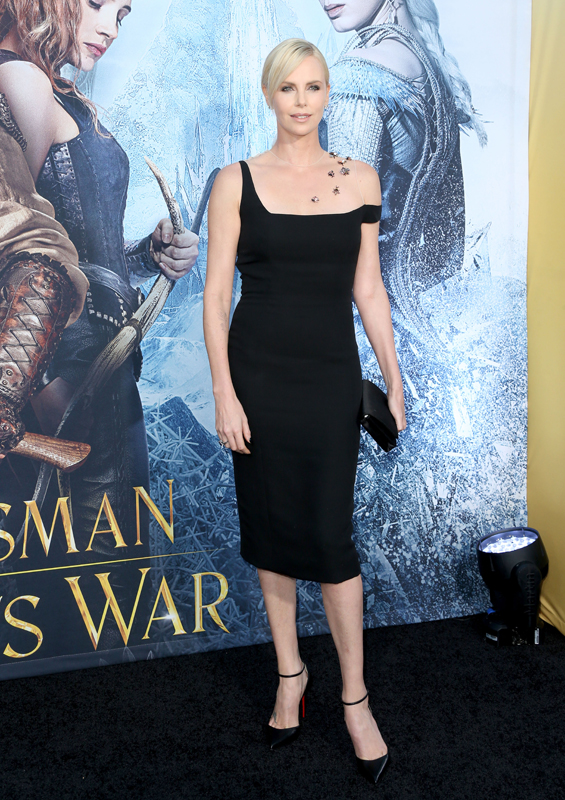 Charlize dedicated her MTV Movie Award to August over the weekend. She told “Extra’s” Renee Bargh, “She’s great, she’s growing like a weed. It’s, like, insane — it’s unbelievable how quickly they become little people. I'm trying to hang on to my little baby, but she's just fighting right through that like, 'I’m ready to go.'”

Theron described the love between August and her older son Jackson as “a love that is unbelievable to watch.” She emphasized, “I was an only child, and to watch that sibling relationship I feel like I'm watching something so sacred and beautiful. Like, he walks into a room and he doesn't even look at her and she just lights up and I’m, like, in front of her going crazy trying to get a reaction… It’s so beautiful.”

Speaking of love, when Renee asked if Charlize was a hopeless romantic, she responded, “I think that the older I’ve become, the more I’ve valued and realized there’s so many different kinds of love. When we're young... young girls, we just think of the romantic kind. When you become a parent, the love you have for your children and you have a sisterhood around you, that love that you have from your girlfriends... there’s so many different kinds of love."

Theron also addressed the backlash over her comments that pretty people don’t get roles in a recent interview with GQ. She revealed that what she said is not what she meant, clarifying, “You know, I don't want to blame anybody, there is no blame, there was maybe just a huge misunderstanding and I’ve never really spoken in that way… The idea that I would ever say anything that made it sound like I was ungrateful for the career that I have today.”

The 40-year-old continued, “People always ask me, ‘Why [do] you play such deconstructed characters?' and I've always said, ‘Well, how many roles are there where you can wear a gown and look like an 8-foot model?'… I have always been honest that when I was a model 20 years ago, it was hard to walk in a room, I had to prove myself and in a way that today I'm so lucky that I'm in place now where I don't have to, and I'm grateful for that, too, because it gives you character and makes you who you are and you don't want everything to come easy. Yeah, so that was rough, that was rough reading that.”

The actress is getting rave reviews for “The Huntsman: Winter's War,” reprising her role as the evil Queen Ravenna. She said of playing such an evil character, “It's not that hard, we just have it in us, somewhere deep down inside us we all want to behave this way at some point… It's just fun… So just enjoy the gold feathers and the crown and the whole thing.”

Theron is set to take on another not-so-nice role in the next installment of “Furious 8.” She smiled, “I’m making a real business out of it… I’ll just get to the sweet stuff when I get older.” 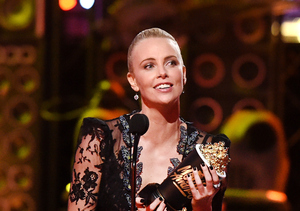 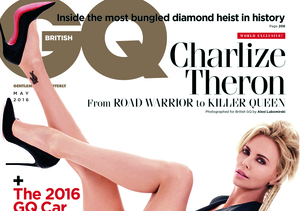