That's how you rock a red carpet! Carrie Underwood made an appearance at Wednesday's CMT Music Awards, her first since the February birth of her son, Isaiah Michael Fisher. 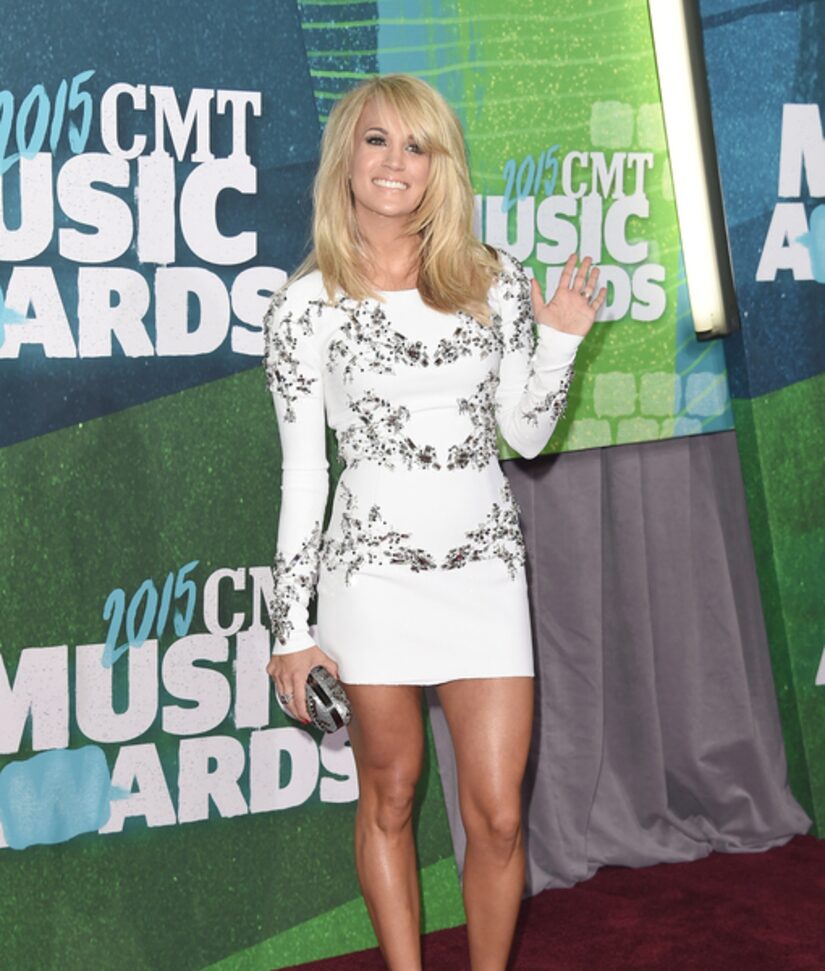 The new mom wore the heck out of a skintight, little white dress by Thomas Wylde for the Nashville music event, and then changed into a sheer black gown to sing her hit, “Little Toy Guns."

“Extra” Special Correspondent Alecia Davis chatted with Carrie at the show, where the singer revealed her secret for getting back in shape. “I definitely made being active an important part of my pregnancy,” said Carrie. “Things I was craving -- most of the time -- eat the right things and focus on nutrition.”

The country superstar cleaned up at the award show, taking home three, including video of the year for “Something in the Water,” and even gave a shout-out to her 3-month-old son and hockey player hubby Mike Fisher. 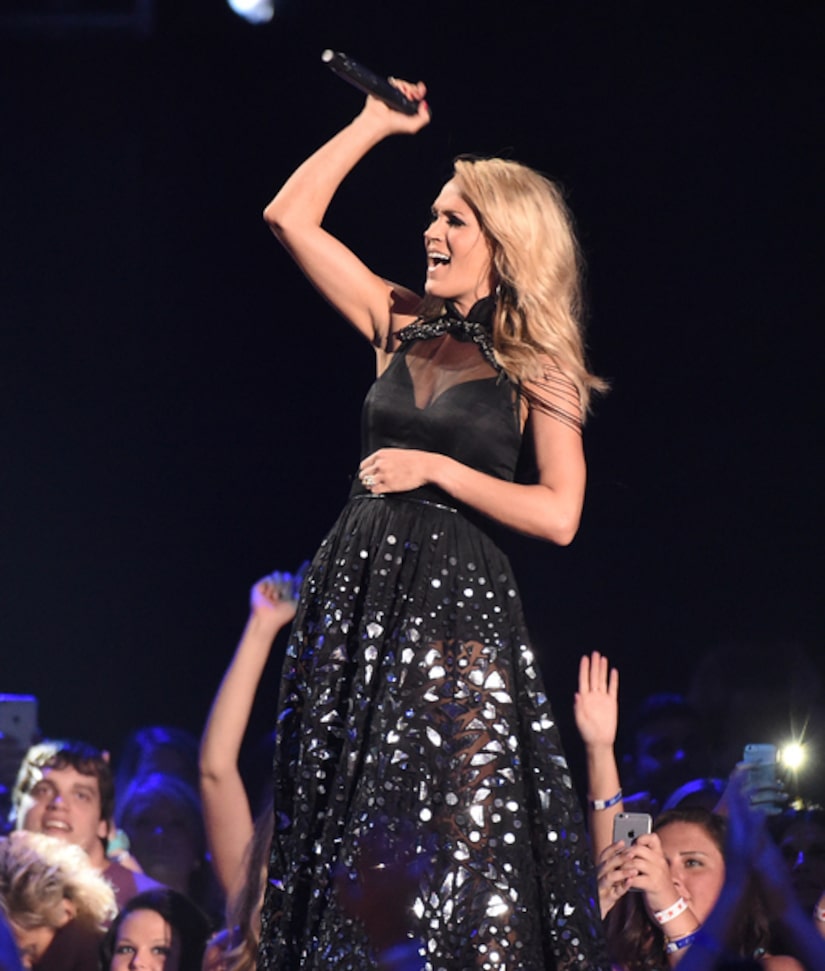 "This is my first awards show since little Isaiah has been in the world," said Underwood onstage. "I'm sure he's napping on the bus right now, but I should definitely say that he has already inspired me so much, as well as has my husband, Mike.”

Check out more fashion from the CMT Music Awards! 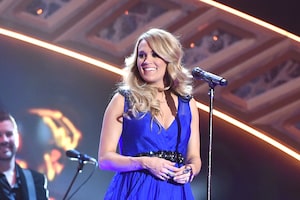 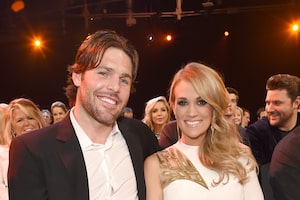 What a Cutie! Carrie Underwood Shares First Photo of Her Baby Boy 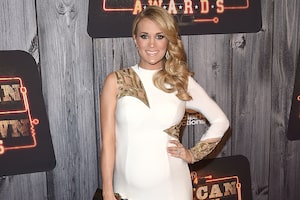