Kanye West broke down in tears and walked off during an emotional interview with BBC Radio 1's Zane Lowe on Thursday.

At the 25-minute mark, the rapper lost his composure while talking about his friend Louise Wilson, who passed away in 2014 after a battle with breast cancer. She was 52.

Wilson was a professor at Central Saint Martins College of Arts of and Design in London, and counted Alexander McQueen and Christopher Kane among her students.

West described her as the “baddest professor of all time, of any fashion school ever. Notorious for not letting people stop at a seven or an eight, pushing people to a 12.”

Kanye continued, “She said so many students, they don't give it their all, and the problem is that as soon as they do something halfway good when they are 2 years old, 3 years old, their parents clap… and she just looked at me and said, 'Kanye, don't clap.'”

The singer went on to say, “I didn't know we were going to lose her,” adding that she thanked him for inviting her to performances and told him how much it meant to her. Then he broke down in tears.

West had a lot on his mind Thursday. He also took the time to publicly apologize for storming the Grammys stage after Beck won Album of the Year, and for later dissing the musician.

Kanye tweeted, “I would like to publicly apologize to Beck, I'm sorry Beck.”

I would like to publicly apologize to Beck, I'm sorry Beck. 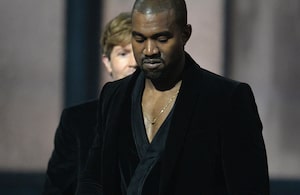 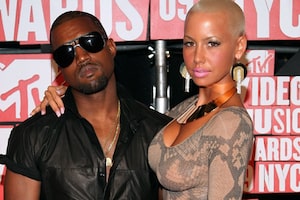 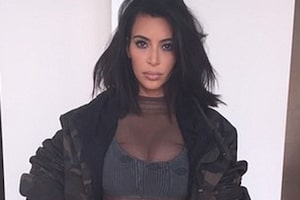 What Is Kim K Wearing?! Her Bizarre Outfit Designed by Kanye