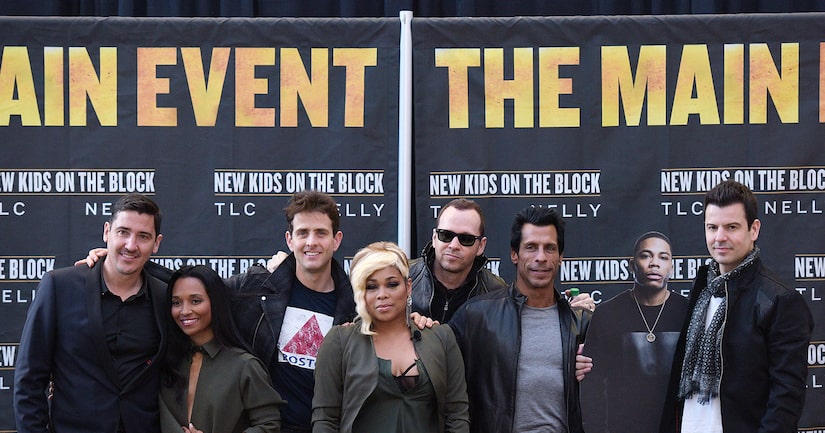 "Extra's" special correspondent Angie Martinez caught up with New Kids on the Block and TLC to discuss their “The Main Event” summer tour with Nelly.

Donnie Wahlberg explained how the tour came to be. "We did a show together a couple of years ago and we are standing on the side of the stage watching them perform and we are like, 'This is a no-brainer.'"

TLC recently announced they are raising funds via Kickstarter for their final album. T-Boz said, "We're excited because we've always liked to do things that are different and a lot of the fans have been asking us for more music. We were like, 'Hey, we like to do things out of the box!' This is an innovative, different, creative and freeform record, so we were like, 'Let's try this and incorporate the fans and have them involved like they've always been.'”

T-Boz and NKOTB member Joey McIntyre laughed that Wahlberg proposed that NKOTB donate $10,000, much to the other band members' surprise.

What are some of NKOTB's favorite TLC songs? They all chimed in, "'What About Your Friends,' 'Waterfall,' 'Scrubs.'" T-Boz added, “You gotta sing all your hits.”

Walhberg also talked about his very busy schedule, juggling two reality shows, a TV show and his music career. "I compartmentalize everything. I do my 'Blue Bloods.' I'll shoot that, then on the way home, I'll shoot a reality show. Then I'll drive to some other shoot, edit another one. Then I'll go do a concert at night and shoot something after that.” 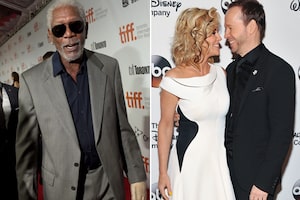 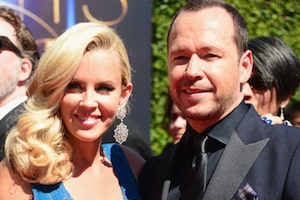 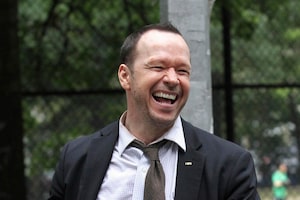 Donnie Wahlberg filmed a scene for "Blue Bloods" in NYC.