Actress Jennifer Lawrence looked stunning at the L.A. premiere of "The Hunger Games: Mockingjay Part 1" on Monday, where she gushed over “Extra's” own Mario Lopez. 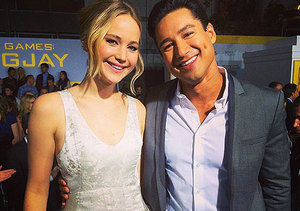 Lawrence laughed, “I've been watching you all week, because I've been at a hotel and you're on the ‘Extra’ when you turn the TV on… I could, like, totally play you in a movie. Is that a weird thing to say?”

Jennifer also talked about her fans breaking through barricades at her recent David Letterman appearance.

"The Hunger Games" star explained how fans got a little out of control. "Yes, it comes with the territory. That's why I have security. I felt bad. The guy was like, 'The barricade is weak,’ and I said, ‘But everybody is screaming!’ -- and I felt so bad. I was like, 'I'll do one more,' and I went and it broke. I kept apologizing to him… I made his job harder."

Mario asked, "Is it true you said you eat like a caveman, but don't like to workout?" Lawrence explained, "Cavemen are on a pretty lean diet… I eat like a truck driver, but I workout. I workout so I don't have to worry about it."

To the dismay of her fans, the Oscar winner is one of the few stars who has not joined the social media craze. "I'm so bad about the phone anyway. I guess it's a moral stand. I just don't like being on my phone that much."

As for what the actress has planned after her busy “Hunger Games” press tour, Lawrence replied, "I just moved into a house. I am in the middle of [decorating it.] It's Ellen [DeGeneres'] old house. It was Jessica Simpson's old house. It's like the neighborhood whore. I was outside and some girl said, 'I grew up in this house.' Beat it kid. Everybody's lived in this house."

"The Hunger Games: Mockingjay, Part 1" burns in theaters this Friday!

Also, check out all of our great interviews with Jennifer over the years, including video bombing Jeff Bridges at Comic Con 2013! 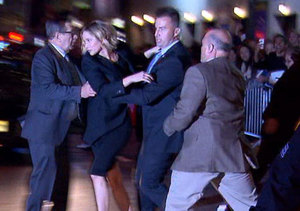 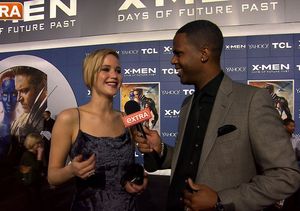 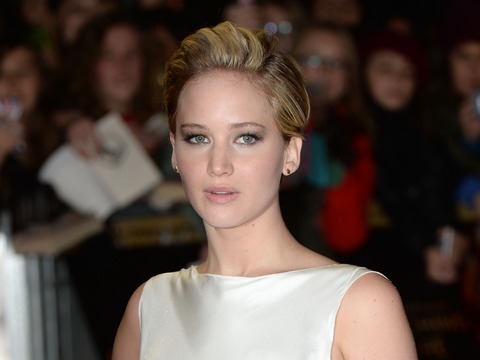 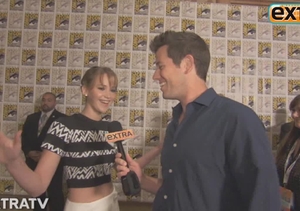 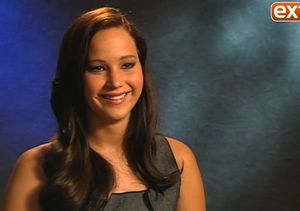 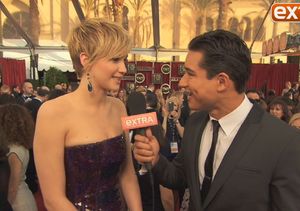 Jennifer Lawrence on Inspiring Hair Trends, How She Got Her SAG Card 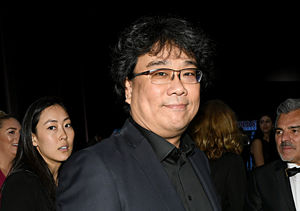 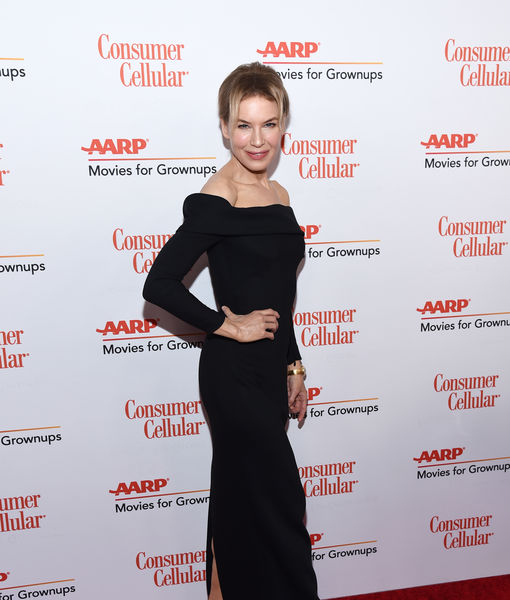 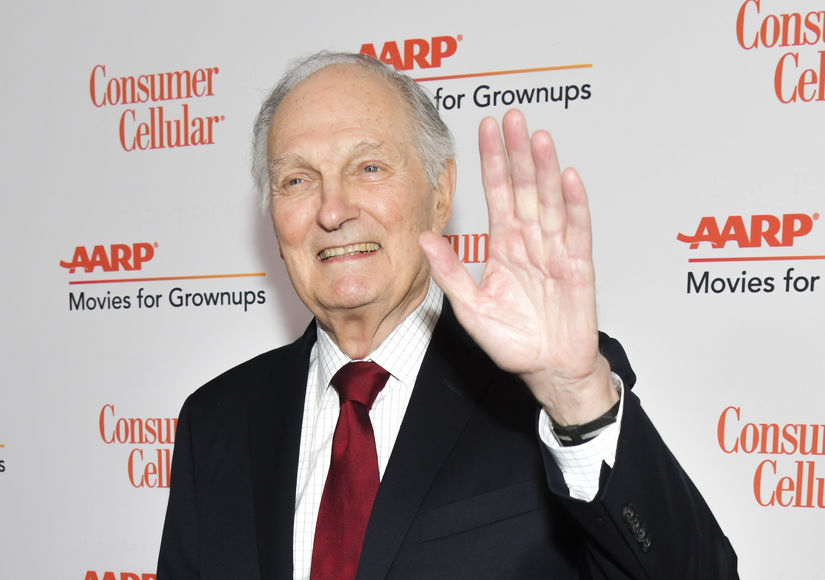