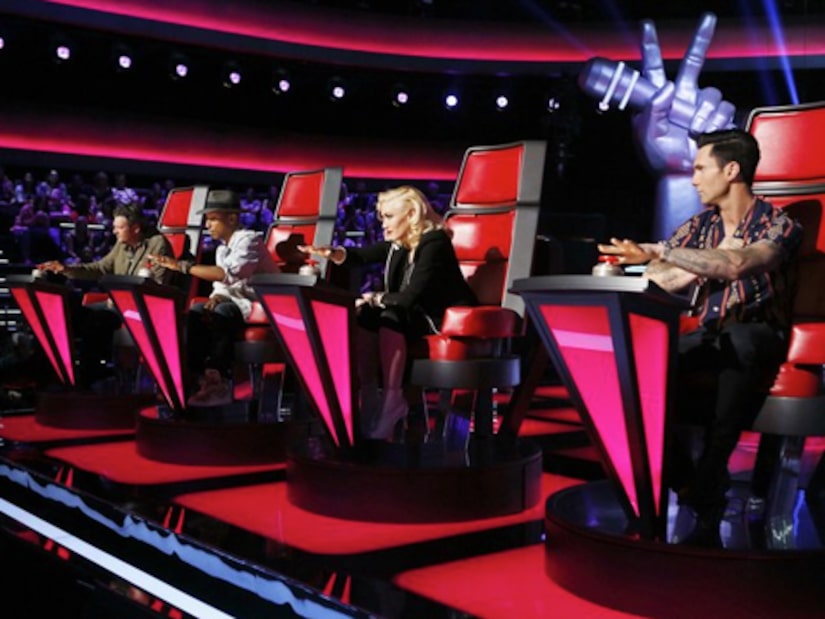 The premiere of “The Voice” did not disappoint!

We laughed, we cried… we fell hard for new coaches Gwen Stefani and Pharrell.

The newbies kicked off the show with veteran coaches Blake Shelton and Adam Levine, singing No Doubt's "Hella Good." Check it out!

Of course, the true stars were the Season 7 contestants, who gave it their all in hopes that one of the mentors would turn their chair.

Scroll down for our favorite blind auditions so far!

The first contestant to score a four-chair turn was Luke Wade, a Texas native with a soulful voice, who wowed the panel with Otis Redding's “That's How Strong My Love Is.”

His performance made Adam want to “swing from the rafters,” but Pharrell ultimately won him over, telling Wade, “I know something about blue-eyed soul.”

The next all-star to take the stage was Damien, a TSA agent at LAX. He blew away the coaches with Boyz II Men's “It's So Hard to Say Goodbye to Yesterday.”

Damien broke down in tears after his performance, explaining, “I've just heard no so many times. It just feels good to have you guys turn around for me.”

The four pros battled it out for Damien, but in the end, he chose Adam.

It looks like James David Carter, who turned to music after a football injury, is also going to be a frontrunner this season. The country boy from Georgia was a hit with the coaches, singing Kevin Sharp's “Nobody Knows.”

While Blake seemed like the natural choice, Gwen tried to convince him to join her team, explaining that all the country singers on Blake's team would cancel each other out in the battle rounds.